Knight Frank’s latest data on the London super-prime property market shows more money has been spent on £10 million-plus properties this year than 2019, despite the lockdown.

· During January-August 2020, £1.13 billion was spent on London super-prime property, 16% higher than the figure of £977.5 million recorded during the same time period last year

· There were a total of 56 super-prime deals in the first eight months of this year, compared to 57 last year

· A higher proportion of super-prime exchanges have involved British buyers in 2020, given the restrictions on travel. In the first eight months of the year, the proportion was 40%, which is the highest such figure over the last decade

· The demand for outdoor space has seen increased activity in the family house markets, especially in areas like Notting Hill, St Johns Wood, Hampstead and Belgravia. Houses accounted for 66% of sales over £10m between January and August 2020 (fig. 1)

· Marylebone is now the second most expensive area of London on a £psf basis, rising from 7th in 2018 (fig. 4)

Paddy Dring, Global Head of Prime sales at Knight Frank commented “The key motivators of capital preservation, the UK education system and cheap debt are unchanged. The trend for more outdoor space has benefitted suburban and country markets but buyers are retaining a London investment for the long-term. Prices are robust with single-digit percentage discounts but no more.”

Rory Penn, Head of Knight Frank’s Private Office commented, “Large discounts are not available despite the pandemic. Vendors are resilient, debt is cheap and banks are not calling in loans. Prices, for now, don’t feel like they have much further to fall after the declines of recent years. It doesn’t appear that another 10% is about to come off overnight. The number of deals in 2020 compared to last year underlines the liquidity and resilience of the market.”

Tom Bill, Head of UK Residential Research at Knight Frank commented, “The final quarter of the year will be marked by uncertainty as the UK government seeks to contain the pandemic. Brexit and the US elections will have an impact on currency movements but the relaxation of travel restrictions will be the key factor affecting transaction volumes.” 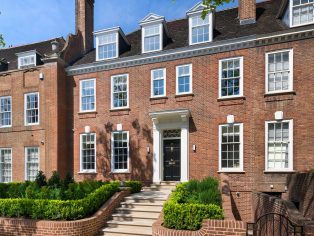