A planning application has now been submitted to Liverpool City Council for redevelopment of the former Holly Lodge Girls’ College in West Derby.

Redrow proposes to build 51 new homes from its Regent Collection, which will help to fund the sensitive restoration of two Grade II listed buildings known as Sandheys and Fremont.

Those two historic properties will be sympathetically converted into nine one, two and three-bedroom homes, ensuring their long-term survival.

Redrow is seeking permission to demolish the original lodge, which has already been declared ineligible for listing by English Heritage.

A public consultation event has previously been held.

Holly Lodge Girls’ College moved into the brand new Emmeline Pankhurst Building in March this year. The new building forms the centrepiece of a £7 million revamp of the old school site and houses a main teaching block built comprising new humanities classrooms, arts, music and drama spaces including an activity hall, and a Sixth Form centre with a central atrium and cafe area.

That relocation led to the school’s old site being included in the Liverpool Housing Partnership, a project between Redrow, the City Council and Liverpool Mutual Homes – and will make a major contribution to the cost of the city’s Schools Investment Programme.

“We’re seeking full planning permission for 51 new homes, demolition consent for the unlisted buildings and listed building consent to sensitively refurbish Sandheys and Fremont, which are both Grade II listed.

“By demolishing the unlisted buildings and developing some of 51 two, three, four and five-bedroom homes from our Regent Collection in their place, we will ensure the survival of the two listed buildings and boost the Schools Investment Programme. A historic pond will be retained as a feature of the development, as will the vast majority of mature trees – supplemented by new planting.”

The City Council’s conservation officer and English Heritage have been, and will continue to be, very closely involved with the project and will need to be satisfied with the integrity of Redrow’s scheme.

“We have created a fantastic new school for pupils at Holly Lodge to replace outdated facilities which weren’t suitable to modern teaching methods. This has been funded by the sale of part of the site for much-needed new homes and we are retaining and improving the listed buildings to protect them for future generations.”

Redevelopment of the Holly Lodge site will also bring important employment benefits. Official figures from the Home Builders Federation (HBF) state that each new home built in the UK supports circa 4.3 jobs; this includes direct and on-site employment, indirect employment within the supply chain (much of it local) and ‘induced’ employment, ie. jobs supported by the wage spending of construction and supply chain workers in shops, services and other businesses. On this basis a development of 60 new homes will support jobs for almost 260 people.

Proposed redevelopment of Holly Lodge forms part of the Liverpool Housing Partnership, a pioneering relationship forged between the City Council, Redrow Homes and Liverpool Mutual Homes to deliver 1,500 new homes and bring a further 1,000 back into use across the city. Redrow will provide a range of private sale executive homes and will identify and acquire land to enhance the Council’s own development sites; LMH will develop affordable housing by investing their own funding and by attracting grant funding and also seek to bring 1,000 empty properties back into use; and the City Council will provide strategic planning and housing need information. Land and investment will be brought together in a planned way, with any capital receipts generated by the sale of council sites and assets reinvested back into the partnership.

Subject to planning consent Redrow hopes to begin work on site at Holly Lodge by February 2016 and to have a show home open nine months later. 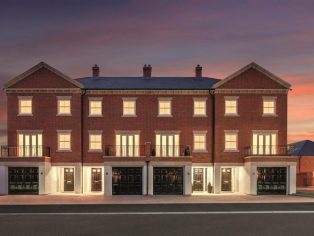