Newly released data from Halifax has shown that the average UK apartment has increased in value by £1,251 per month over the past five years, rising by £75,074 over the period.

Although apartments make up just 15 per cent of all home sales, their relevance to urban labour markets is increasingly important. This is borne out by the Halifax data, which shows an increase of 48 per cent in apartment values between 2013 and 2018, compared with an increase of just 42 per cent for terraced houses and 27 per cent for detached homes.

“The sustained level of demand for apartments in regional city centres has shown solid credentials, even in the wake of the Brexit referendum. With dynamic local economies and solid labour markets, regional cities are an enticing prospect for those looking to make capital gains, whether as owner-occupiers or investors. In fact, the majority of investors we work with now come to us with a regional city firmly in mind – London has lost its shine as a residential investment prospect as the UK’s other cities are producing better returns.”

Liverpool is one city that has benefitted from this new breed of regionally focused property investors. Developments such as The Tannery, which offers bright, contemporary residences with beautifully presented interiors, are drawing in both domestic and international investors. Hadrian’s Tower, in Newcastle, is another such example. Its blend of exceptional apartments and innovative social spaces is precisely what investors are looking for.

Halifax’s latest House Price Index shows a monthly rise in home values of 1.5 per cent during May, following a brief wobble in April. The lender flags up the labour market’s performance, along with low interest rates, as two of the reasons behind this.

“The continuing strength of the labour market is supporting house prices. In the three months to March the number of full-time employees increased by 202,000, the biggest rise in three years. We are also seeing pay growth edging up and consumer price inflation falling, and as a result the squeeze on real earnings has started to ease. With interest rates still very low we see mortgage affordability at very manageable levels providing a further underpinning to prices.”

With the UK population expected to pass 70 million by mid-2029, and urbanisation increasing steadily (from 80.2 per cent in 2006 to 82.84 per cent in 2016, according to Statista), demand for city centre apartments looks likely to remain strong over the years ahead. And with apartment prices increasing at a faster rate than any other kind of accommodation, they are sure to remain the property of choice for investors looking to make the most of their money. 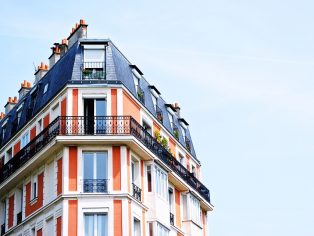