Are we set up to provide skills?

Brian Berry, chief executive of the FMB, tackles the growing skills crisis in the UK

Tackling the skills crisis is one of the biggest challenges facing the housebuilding industry. Ask any housebuilder – large or small – and they will state that a lack of skilled labour is one of the greatest barriers they face when attempting to build more new homes. This challenge has been drawn into sharper focus due to the ongoing uncertainty over what the UK’s immigration system will look like post-Brexit. It is estimated that 12 per cent of the industry’s workforce are non-UK citizens and undoubtedly, EU labour has played a significant role in helping plug the skills gaps we face, particularly in London and the south east of England.

The prospect of the EU tap being turned off, or the flow reduced, means it’s more important than ever that the UK housebuilding sector beefs up its own home-grown skills base. However, the number of new apprenticeship starts in construction dropped off a cliff in the wake of the financial crisis and the number currently coming into the industry is still nowhere near where it needs to be, with the 21,000 apprenticeship starts in 2015/2016 likely to be insufficient.

Reforming the apprenticeship system and the way we train, so that it’s both appealing to young people and has the confidence of industry, is vital. Two thirds of all construction apprentices are trained by SMEs but these firms have become increasingly disillusioned with apprenticeship standards in recent years. Over half of construction SME bosses believe that the current standard of construction apprenticeships is failing to produce tradespeople who are adequately skilled. A worrying three quarters were of the opinion that if the standards to which apprentices are being trained does not improve, the skills base in the construction industry will not be sufficient to meet the demand for quality new homes, schools, hospitals and other infrastructure projects.

This is an alarming outlook. If construction apprenticeships don’t have the backing of SMEs, then there is little hope of solving the skills crisis, as too many of those firms will simply opt out of training altogether.

We’re hopeful that the imminent introduction of new ‘Trailblazer’ apprenticeship standards for the key trades of bricklaying and plastering will help restore confidence. The standards were developed by FMB members in partnership with the Government and the wider industry and what makes them different from what’s currently offered is quality, duration and thoroughness. These apprenticeships will take longer to complete – they’ll include skills that are not currently taught at Level 2 – and they’ll raise the bar in terms of the minimum skill level of the apprentice. These new standards could be a game-changer given that 72 per cent of construction SMEs would be more likely to train an apprentice if the standards were increased.

Of course, reform will need to extend beyond apprenticeship standards. There’s a definite need to improve the perception of vocational training in the eyes of teachers, parents and young people. Whether the Government’s decision to introduce technical education qualifications in the form of ‘T Levels’ will achieve this remains to be seen.

The future of the Construction Industry Training Board (CITB), and indeed the question as to whether it has a future at all, is pivotal in terms of how the industry responds to the current skills shortage. As CITB seeks to secure support from the construction industry as part of the consensus process, it’s made a conscious effort to focus on raising apprenticeship numbers, reflecting Westminster’s drive to boost apprenticeship numbers. This is welcome but it’s important that CITB retains the confidence of the whole industry. To do this, it must remain fully focused on improving standards and ensuring that apprenticeship training is seen as the gold standard – in my mind that means increasing quality, duration and the breadth of skills. 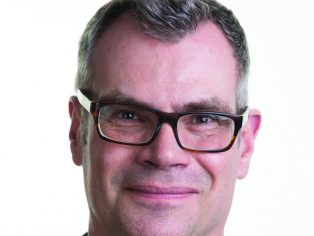