Well known writers, bands and poets will be taking to the stage again for this year’s Malfest in Malpas.

Back for its fifth year, and running from Thursday May 14 until Sunday May 17, the popular arts and literary festival has been sponsored by housebuilder Redrow Homes and will take place at various venues within the Cheshire village.

Maureen Oakden, one of the organisers of Malfest and owner of Oakdens wine bar and restaurant in Malpas said:

“We’re a not-for-profit company and the organisers give their time for free so we’re delighted, and very grateful, that Redrow are on board to help fund the festival and the quality acts we have on offer.

“We’re thrilled to have such a fantastic line-up for this year’s festival. Malfest provides a platform for both national and international authors, performers and musicians and we’re lucky to be able to attract such talent. The headliners will be in the marquee but there will be plenty of other acts besides in venues such as the Jubilee Hall, the village hall and the church. It really is a fantastic event.”

“Redrow prides itself on supporting the communities in which we build and sponsoring Malfest is a fabulous way of ensuring events like this can not only take place but be even bigger and better. It’s known for attracting people from across the North West and North Wales and with all the fantastic entertainment to choose from, it’s not hard to see why.”

Redrow is building new luxury homes at Stretton Green close to Malpas in the village of Stretton, and also in Farndon, where its Farndon Meadow venture boasts a range of four-bedroom detached family homes.

In the Malfest marquee, visitors will be able to enjoy acts such as poet Pam Ayres and BBC’s Gyles Brandreth, who will be performing his hit show from the Edinburgh Fringe ‘Looking for Happiness’.

What’s more, Jessica Fellowes, niece of Downton Abbey’s creator Julian, has a treat in store for fans of the period drama and the BBC Radio 2 DJ Mark Radcliffe will be performing with his new band Galleon Blast.

Dickie Arbiter, former press secretary to the royal family, will be talking about some of the intriguing news stories that feature in his book ‘On Duty’ and eight-piece band Police Dog Hogan will be providing some high energy folk music to get people dancing. 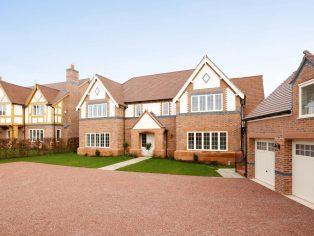