Barwell given Housing and Planning brief at “critical juncture”

With Brandon Lewis moving to the position of Minister of State for policing and the fire service, the housing industry has a new Housing and Planning Minister, Gavin Barwell.

“We welcome the appointment. The Government has rightly identified housing as one of the greatest challenges facing this country, and having reaffirmed its commitment to building one million new homes over this parliament, he is assuming an important position at a critical juncture.”

Barwell is MP for Croydon Central and has previously been a senior government Whip and held several other key roles in the Government. Following his appointment the new Minister immediately took to Twitter saying he was “looking forward to working with councils, housing associations, developers and investors to ensure we build the homes people need and deserve.” Barwell also said he would work with the Mayor of London to deliver housing.

The new Minister was previously Parliamentary Private Secretary to Greg Clark, MP when he was Minister for Cities and Decentralisation. In September 2012, he was appointed as PPS to Michael Gove, then Secretary of State for Education. His rise to prominence within the Cameron administration came with Barwell’s appointment to Assistant Government Whip and subsequently Government Whip, Lord Commissioner in July 2014.

His appointment is thought to be a clear attempt to rebalance the domination of MPs representing the ‘shires’ in support of PM Theresa May’s assertion that she wants a Government which reflects all sections of society. In his Croydon constituency Barwell has opposed Green Belt release, but has been pro-town centre development, highlighting the importance of key developments for communities.

He will join the team at DCLG under the new Secretary for State for Communities and Local Government, Sajid Javid who commented: “My priorities are to build more homes and increase homeownership, and devolve powers to local areas.”

“We are determined to ensure that anyone who works hard and aspires to own their own home has the opportunity to do so. Since 2010, over 300,000 households have been helped into home ownership through Government-backed schemes.

“The Housing and Planning Act will allow us to go even further, delivering our ambition to build a million homes.”

“Local housebuilders are ready to play a much larger role in getting Britain building again, and we look forward to working with the new Minister in identifying how SMEs can help him achieve this.”

“Value the critical role the planning profession has in providing solutions to the challenges and opportunities the recent vote to leave the EU has pulled into focus, and that the new Government has identified as priorities.” 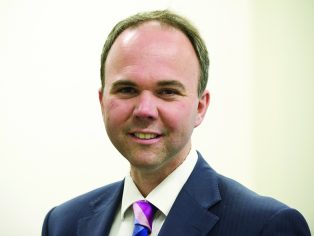