Brian Berry details some of the key issues SME builders are facing as reflected in the organisation’s recent House Builders’ Survey, and what Government needs to do.

The decline in the number and output of SME housebuilders over recent decades is now a well-established issue. It has also become an issue of real interest and concern to policy makers as they seek to understand the various ways in which they might expand the supply of new homes. The Government wants an industry that is growing in capacity and diversity, not shrinking. Now in its sixth successive year, the Federation of Master Builders’ (FMB) House Builders’ Survey 2017 aims to provide all those with an interest in our industry with a greater understanding of the business environment SME housebuilders are facing. It also enables us to ascertain how this might be changing over time and to understand their views on key issues and Government policies of the day.

One of the key issues for SME builders is access to finance. Indeed, the results of this latest survey suggest that, nearly a decade after the financial crisis, small housebuilders perceive that difficulties in accessing finance are getting worse rather than better. Respondents’ assessments of lending conditions to SME developers were down slightly from 2016, the first fall in this measure since 2013. Although small housebuilders have generally positive views on some recent Government initiatives designed to tackle the finance problem, such as the Home Building Fund, we clearly need to re-double our efforts to make sure that SMEs have access to the finance they need if they are to grow their businesses and expand their output of new homes.

A second key issue is the lack of available and viable land. The Government’s Housing White Paper, published earlier this year, states that “small and medium-sized housebuilders regularly cite land, planning and finance as the major barriers to expansion”. It is no coincidence that this is precisely what the results of the FMB House Builders’ Surveys have consistently shown, and that message was further backed up by this year’s findings. Indeed, nearly two thirds of SMEs say that the lack of available and viable land is a major barrier to increasing output – this is the most commonly-cited barrier for the third year in a row. More worryingly still, over half say that the number of available small sites is, if anything, decreasing. The White Paper quite rightly emphasises the need to diversify the housebuilding sector so it is less reliant on a small number of large housebuilders. In order to do this, we need the Government to make good on its proposals to improve the availability of small sites and speed-up the planning process for small sites.

The chronic shortage of skilled labour is also rising fast up the list of concerns for SME builders and developers. Indeed, when asked to look ahead at the main barriers, not now but over the next three years, more firms cited skills shortages as a likely barrier to growth than those who sited the traditional villain of the piece – the planning system. Brexit and the end of free movement could also further exacerbate the skills shortages we already have. One in three SME housebuilders responding to the survey currently employ EU workers and this rises to 70 per cent in London and the South East.

The results of the FMB’s 2017 House Builders’ Survey were published in early September and launched in Parliament. Given the findings of the survey outlined above, the FMB has called on the Government to press ahead with the implementation of policies designed to tackle the barriers SMEs are facing. In particular, the FMB wants to see the Government press ahead with the set of policies in the February 2017 Housing White Paper designed to increase the number of opportunities for small scale development afforded by the planning system. One good example of this is the proposal to require 10 per cent of all allocated sites to be sites of less than half a hectare. The FMB has suggested that to make a real difference this should be 10 per cent of all housing delivery to be delivered on these smallest sites. That would be a real game-changer, and something the FMB has long called for. 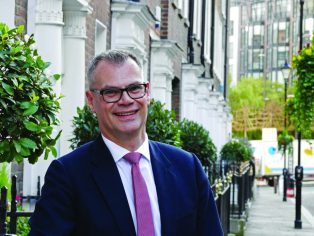