BSRIA is supportive of the House of Lords approach to zero carbon homes.

The Lords defeated the government by 48 votes on the zero carbon homes amendment during the report stage of the Housing & Planning Bill. The amendment, drafted for Lib Dem life peer Baroness Parminter and crossbencher Lord Krebs by the Association for the Conservation of Energy (ACE), proposes that all new homes built in England from April 2018 be zero carbon.

It comes after the government scrapped a target in July 2015 for all new homes to be built to zero carbon standards from April 2016.

The bill will now return to the House of Commons where amendments, including the zero carbon one, will be debated by the government. MPs could agree or disagree with peers’ amendments and could themselves propose alternative amendments.

“BSRIA is pleased that the House of Lords has expressed an alternative view in support of carbon neutral and sent this important decision back to the House of Commons. There is a possibility the amendments could be accepted by the government in order to avoid a stalemate as the bill bounces between the houses. The government can’t afford to go back and forth with the Lords as that will hold up the bill and they can’t push through their flagship policies like Starter Homes.”

Only recently we had the announcement that the Zero Carbon Hub, a public private partnership created during the last Labour government in 2008 to help deliver zero-carbon homes, has closed. And we asked then who was going to pick up the ‘carbon zero torch’?

“Having supported the Paris climate agreement, cutting carbon from new homes and buildings is crucial to achieving such commitments. It will also give the industry the certainty it needs to continue to invest in new skills and technologies.” 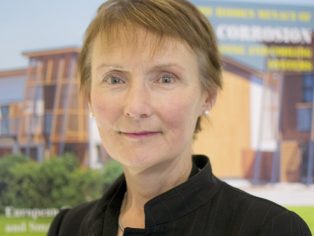