As plans to transform a former General Motors site in Bedfordshire are driven ahead, suggestions for a name for the new neighbourhood are being sought.

Redrow Homes has acquired the 57 acre site between the hamlet of Chaul End and Caddington village from General Motors, who have owned the land since the 1950s. They originally used it to test new models; while more recently it was used as a vehicle storage facility.

The land already benefits from outline planning consent for up to 325 homes and reserved matters applications are being progressed for a mix of properties ranging in size from one to five-bedrooms and including some affordable homes.

Subject to planning, the first properties will be released for sale in the autumn.

But before the homes can be marketed, the development needs a name.

Redrow and Central Bedfordshire Council ward member Cllr Kevin Collins want the community to put forward their suggestions for what they think the new neighbourhood should be called.

“When they were selling the land, General Motors called the site Chaulington. While that name reflects that the site is between Chaul End and Caddington, we want to give it a new name not just for the period while we are selling the homes, but hopefully one that the area itself will be known by for years to come.

“We’d love to hear what people already living nearby would like it to be called and would encourage them to email their suggestions, along with a short explanation of why they’ve chosen that name.”

The site is just one of the spots selected to reintroduce wildlife-friendly habitats to land previously unsupportive of flora and fauna as part of Redrow’s partnership with the RSPB.

A new land trust will use the income from some of the affordable homes on the development to manage open space and community facilities including a low carbon community building, sport facilities and play areas. They will also run a community bus providing a link between the new neighbourhood and the surrounding area.

“Redrow’s plans represent an exciting new development that will bring a disused parcel of land back into good use. It’s great to see that they want to involve local people in helping select a new name for a site. There are lots of ideas to be found linked to the history and geography of the area and I look forward to helping review the suggestions.”

Individuals, community groups and schools are invited to submit ideas for a name for the site, along with 100 words or less explaining why that name should be chosen. Entries can be made via email southmidlands.sales(Replace this parenthesis with the @ sign)redrow.co.uk. The closing date is Friday, August 7. 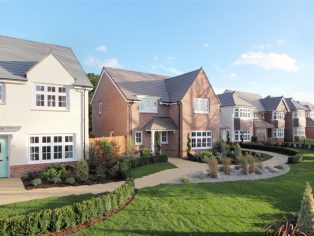 A street scene of new Redrow homes, similar to those planned for the former General Motors site. 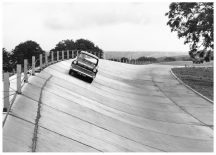 A new name is being sought for a former General Motors site in Bedfordshire which is being transformed into a new n neighbourhood.