The Considerate Constructors Scheme – the organisation established to improve the image of construction – has announced the winners of its prestigious 2018 National Site Awards.

The very top-performing construction sites were awarded with the highest level of recognition with the Scheme as 2018 Most Considerate Sites. These are:

The Scheme’s National Site Awards are one of the most distinguished accolades within the construction industry. They recognise Scheme-registered sites that have demonstrated the very highest level of consideration in respect of the community, environment and workforce.

The awards ceremonies welcomed over 3000 guests and took place at prestigious venues in Edinburgh, London and Manchester from 9-27 April.

The 2018 National Site Awards are particularly significant for the Scheme as they mark the first year top-performing sites based in Ireland were eligible to win awards. These are the first awards to follow the launch of Scheme registration in Ireland in 2017.

This year’s awards also introduced special recognition for Ultra Sites, following the official launch of Ultra Site registration earlier this year. Ultra Sites were recognised for their outstanding commitment in collaborating with their supply chains during the awards ceremonies. A separate awards ceremony will be held for top performing Ultra Sites later this year.

“Winning a Scheme National Site Award is a monumental achievement. To receive this top level of industry recognition reflects how much effort and commitment award-winning sites have made to push their standards, and those of the industry, to even higher levels.

“I would also like to offer my very special congratulations to the winners of the 2018 Most Considerate Sites accolade, demonstrating the very best in considerate construction and setting the bar incredibly high for the rest of the industry to strive to achieve. I would also like to congratulate those sites recognised for their commitment to the Ultra Site programme.

“These awards recognise sites which are at the forefront of industry best practice and we thank them, and all sites and companies registered with the Scheme, for their continued commitment to improving the performance, image and reputation of our industry.”

To find out more about the 2018 National Site Awards, visit the Scheme’s online Construction Map www.constructionmap.info/awards2018 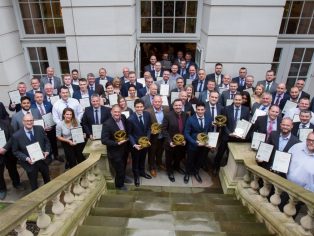