Construction activity up but growth is slowing

New figures released today reveal that construction activity continued to rise in May, but economists are concerned that the recent high rate of growth appears to be slowing.

Barbour ABI, which supplies construction data to the Office for National Statistics (ONS), Cabinet Office and Treasury, has published its latest Economic & Construction Market Review which shows that the total value of all new construction contracts awarded in May increased by 5.3 per cent compared to April, with an additional 0.6 per cent increase in the total number of projects for the same period.

However, the total value of construction contracts in May was 3.7 per cent lower than the same month last year, and economists believe this indicates that the recent high levels of growth are beginning to slow.

The report, available to download here, also reveals that residential construction continues to hold around a third of the total value of contracts awarded in the UK. Only two of the past 14 months have seen residential construction take a slice less than 30 per cent, fuelling speculation that the industry is becoming too reliant on the housing sector.

London was once again the UK’s hotspot for construction activity in May, accounting for 24 per cent of the UK total as a result of big ticket projects including Selfridges’ redevelopment of its flagship Oxford Street store and The Hyde residential development on Edgware Road, worth a combined £500 million.

“After the poor weather impacting the growth of contracts awarded at the start of the year, it’s positive to see the construction industry bouncing back with a healthy month-on-month increase in activity. It’s also encouraging to see the number of projects increasing, which suggests there is a healthy pipeline of work.

“Despite this, there are clear signs that the growth we’ve become used to over the last six months is starting to slow, such as the second consecutive month where year-on-year values have fallen.

“It is perhaps more concerning that much of the construction industry’s growth is still contained within the residential sector. With both infrastructure and commercial and retail sectors down on 2013 figures, it’s even more important that we start to see an upturn in these other key sectors for a stronger, sustained and more durable economic recovery.”

The Economic & Construction Market Review is a monthly report designed to give valuable insight into UK construction industry performance. It is compiled from Barbour ABI’s records of construction data for every UK planning application and key indicators such as the Office for National Statistics’ Construction New Orders data. 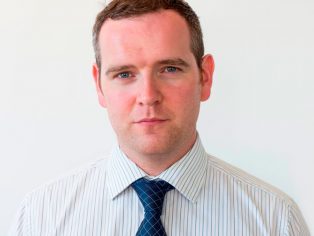