The GGF had reason for renewed optimism following the Construction Products Association’s (CPA) latest forecasts which anticipates that growth in private house building, infrastructure work and commercial activity are set to drive recovery in the industry over the next four years.

Key highlights of the forecast include:

“The figures from the survey make for optimistic reading as they show that construction output is expected to rise in 2014 and 2015. If the “Help to Buy” scheme increases purchases, this can only benefit the Glass and Glazing Industry. It is often found that those moving into a new property tend to consider making home improvements, with windows and doors high on their list of priorities. The survey itself, anticipates this trend in consumer behaviour with the suggestion that private housing repair, maintenance and improvement is expected to grow 3.5% in 2014 and then 4.0% per year to 2017”

“The construction industry is in a very different place to just one year earlier, when output fell to a level 15.4% below its pre-recession peak.  Since 2013 Q1, activity has picked up considerably.  Initially this was due to a rapid expansion in house building but more recently growth in new infrastructure and a recovery in London commercial activity have supplemented further rises in private housing.”

“Though this is positive for all in our industry, we should bear in mind that there is still a massive job to be done to upgrade the windows in existing building stock in the UK.”

“Private housing has seen a rapid recovery, albeit from levels of house building that are half the number needed to meet the number of households created.  This private housing growth has been driven by wider economic recovery and government’s “Help to Buy” policy.  While initial concerns were that this policy would fuel house price inflation, but clearly both house prices and house building have risen significantly.  Housing starts in Great Britain during 2013 are estimated to have increased 24.0% and further growth rates of 16.0% in 2014 and 10.0% in 2015 are forecast. Output in the largest construction sector, private commercial, fell 33.1% between 2008 and 2012.  In 2013, however, major office projects in London have proved sizeable enough to start a recovery in the sector.  The sector is expected to grow 2.7% in 2014 following growth of 2.4% in 2013.  From 2015, wider economic recovery and a rise in demand for prime office and retail space outside of London and the South East should also boost the sector.”

“The largest constraint to industry recovery continues to be public sector construction.  Public non-housing output fell 27.2% between 2010 and 2012 and the sector is not anticipated to recover until the impacts of capital investment growth feed through in 2015.”

Other key points in the CPA Forecasts include:

“We have been able to see from the FENSA installation statistics that there has been a steady improvement since April 2013 for positive percentage figures on the similar months in 2012.  There is still though, a long way to go to get back to anywhere near the figures of 2007 and pre-recession.  We are expecting to see this trend continue through 2014.” 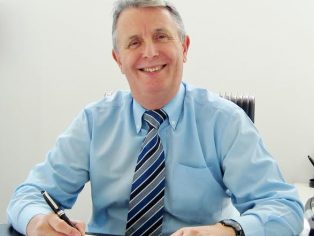