Designer Contracts – the UK’s largest flooring contractor – has announced a number of promotions and a new appointment to support its growing business.

Recently promoted to area manager running the Wales and West of England region, Anthony Partridge has been with Designer Contracts for five years, having worked his way up through the ranks from the warehouse, contracts manager and senior contracts manager.

Kevin Hounsome had 28 years sales experience before he joined the South East office as operations manager in 2014. After overseeing the smooth transition of the Brentwood business to new premises in Romford, he has been promoted to area manager covering the South Midlands.

Richard Hobday has worked within the business for eight years, initially as design manager for the show home division, before joining the audit team where he carried out training, regional support and audit functions throughout all 12 regions. His promotion sees him running two of the flooring areas – the South Midlands in Kettering and Central in Chesterfield.

“We are lucky to have an incredibly loyal and skilled workforce and it’s a pleasure to be able to promote from within the business as well as take on new staff.”

Designer Contracts has fully staffed offices and warehousing in 12 regions across the UK. As well as flooring, the company supplies curtain, blind, furniture and lighting packs and has a full show home interior design service 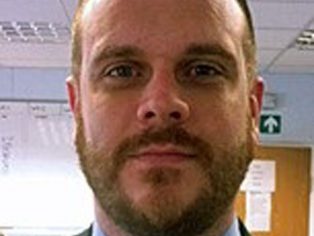