Barbour ABI, which is a chosen provider of construction data to the Office for National Statistics (ONS) and the Government, has published its latest Economic & Construction Market Review revealing that the value of education construction contracts totalled more than £811 million in September, a 62.5 per cent increase on the same month last year and 8.5 per cent higher than August.

The report also shows that the sector accounted for 14 per cent of the total value of all construction contracts UK-wide, with nearly a quarter (22 per cent) of these awarded in the North West.

“Construction in the education sector is booming at the moment, boosted by a number of Priority School Building projects valued at £10 million individually.”

“This plethora of Priority School Building means that state primary and secondary school projects dominate the sector this month, accounting for 60 per cent of the total value of projects awarded in September.”

“Going forward, this level of investment looks set to continue as measures announced by the Government in this year’s Budget will inevitably impact on the value of contracts awarded in the sector over the coming years. This includes £106 million over five years to fund around 20 additional Centres for Doctoral Training, and an additional £85 million over the next two years to extend the Apprenticeship Grant for Employers Scheme.” 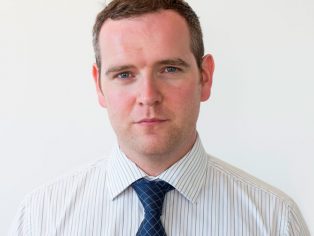