Dr Biles, who served as the sector’s ombudsman for 13 years until 2014, will succeed Andrew Jackson. He has stepped down at the end of his term following four years in the role, a period in which Aster’s turnover has grown from £175m to £212m.

Aster, led by group CEO Bjorn Howard, owns and manages more than 30,000 homes across the south of England, with a portfolio that includes social and affordable rent and shared ownership houses. The group has G1 governance and V1 financial viability ratings from the Regulator of Social Housing and models its governance on the UK Corporate Governance Code. Aster is a top ten housing association builder and completed 1,156 new homes in 2018/19.

“The past few years have thrown up a myriad of challenges for UK housing associations. Andrew Jackson has drawn on all of his experience to provide Aster’s board with outstanding advice and guidance to help put the group on solid foundations for the future.

“My role now is to build on this position. Aster has a clear vision of everyone having a home and a well-understood strategy that aims to increase the volume of high-quality, affordable houses across a range of tenures. I’m looking forward to working closely with Bjorn Howard and his team as they continue to deliver on this plan.

“On behalf of the board, I’d like to thank Andrew for his wise counsel and commitment to the group over the years.”

Jackson was appointed as a non-executive director by Aster in 2014 before taking up the chairmanship a year later. In a 40-year career he has previously held senior finance roles in the construction, energy and infrastructure sectors in the UK and around the world.

“I’ve thoroughly enjoyed chairing the board and I’m proud of the progress the group has made in recent years. Thanks to strong leadership from Bjorn and the executive board, and the hard work and commitment of colleagues across the business, Aster is well positioned as a progressive organisation and one that is playing a key role in tackling the UK’s housing crisis.

“With his deep expertise in the sector and knowledge of Aster, Mike is the ideal person to guide the group into the future and I wish him and everyone in the business well.”

Last month Aster announced its latest financial results, for the year to March 2019. Alongside reporting an increase in group revenues to £212m, it announced a wide-ranging £69m investment into the repair and maintenance of homes in its portfolio. 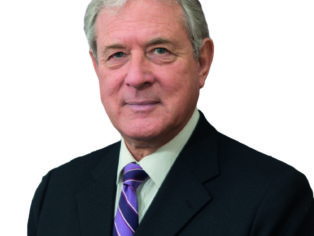