Michael Gove’s ‘Levelling Up’ White Paper roped in a variety of important housing moves as part of its wide regeneration agenda. There has been controversy around re-announcements of funding packages, ‘regifted’ like unwanted christmas presents, and suggestions this substantial initiative has been a rushed, cobbled-together affair.

At least £1.5bn of it isn’t new money – Rishi Sunak actually announced the 1.8bn Brownfield Fund in October 2021, however £1.5bn of it has been polished up and put on show as the Levelling Up Home Building Fund. This is an important source of brownfield regeneration loans for SME builders – in priority areas in the north and midlands. Despite this however, it’s money diverted away from perhaps equally needy areas in the rest of the country – with a paltry £300m left for other brownfield projects across the rest of the UK.

Gove eagerly announced an ambitious, Homes England-led plan to regenerate 20 towns and city centres, starting with Wolverhampton and Sheffield. The Department for Levelling Up, Housing and Communities (DLUHC) is excited by the regeneration of London’s Kings Cross into a high-end commercial and residential zone, and wants levelling-up projects to be equally ambitious.

Perhaps the most important change in the White Paper is scrapping the ‘80/20 rule’, which leads to most Government housing investment being directed to London and the south east. For areas prioritised for ‘levelling up’ (largely former ‘red wall,’ now Tory seats), there’ll be a bonanza of housebuilding work, albeit on brownfield sites.

We need to remember the big picture of the net zero 2050 target. In replacing dilapidated infrastructure in cities, new schemes must be driven by sustainability. Yet there is little in terms of mandatory Government green building standards beyond the interim Future Homes Standard 31% carbon cut. Developers will need to create their own eco momentum, and deploy their nous in delivering it efficiently.

Come the April energy price rises of £700 a year for consumers, some people will have to choose between ‘heating and eating,’ so low carbon homes need to be the focus, for more than just the planet. The newlyappointed Housing Minister, Stuart Andrew, has his work cut out. 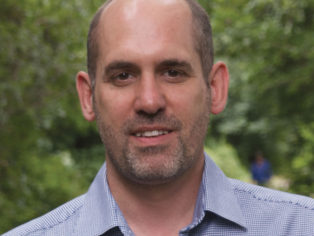