Genesis Homes has confirmed submission of a detailed planning application to build 24 new homes in Burgh-by-Sands. The village – once a Roman fort called Aballava – has a primary school, a pub and a post office and is close to Carlisle and the Solway Firth.

The development will feature a variety of Genesis Homes’ thoughtfully designed properties including two, three, four and five-bedroomed houses and bungalows. Genesis Homes offers a high specification as standard and the house designs will complement their environment and work together to promote a lovely neighbourhood feel.

The site is allocated for housing within Carlisle City Council’s local plan and was granted outline planning consent in 2016. Four of the properties will be allocated as affordable.

“We’re pleased to confirm that we’ve now submitted detailed plans for a new development in Burgh-by-Sands. All our houses are built to a high specification and we look forward to providing quality new homes to the village.”

Formed in 2017, Genesis Homes has current developments in Wigton and Brigham with another scheme recently approved in Armathwaite which commences in early 2019. Several more development sites are in the early stages of planning. Forming in mid 2017, the Cumbrian housebuilder now employs 27 staff from its Penrith head office, while creating over 100 jobs locally for contractors and suppliers. 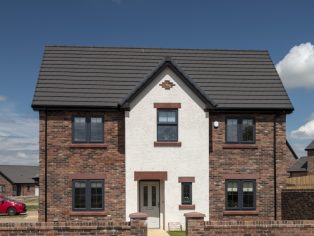