What is ADR, and what is the legal obligation from 1st October for all businesses?

ADR stands for Alternative Dispute Resolution, of which arbitration and ombudsman schemes are examples, and is being promoted by Government via the EU ADR Directive. ADR is usually cheaper and quicker at resolving disputes than going to court. Whilst the Directive does not make the offering of ADR mandatory, there will be the “business obligation” from 1st October 2015 for ALL BUSINESSES who sell to consumers to comply with.

So, even if you do not offer ADR, from 1st October 2015 where you reach the point where your complaint procedure has been exhausted and you are still in dispute, you MUST legally provide the consumer with the following:-

(in other words, the trader has to give the consumer details of an ADR provider but does not have to agree to use ADR)

The GGF is pleased to announce the launch of a new independent ADR Scheme, The Glazing Arbitration Scheme (TGAS), to provide an easy solution. This scheme complies with the ADR Directive, will be the primary ADR Scheme for the glass and glazing industry, and membership will be available free to GGF Member companies.

Membership of TGAS will also be available to FENSA registered firms who wish to “opt in” to ADR, free of charge until the end of 2015.

TGAS is operated independently by a Trading Standards Institute Certified ADR body, the Centre for Effective Dispute Resolution (CEDR), who have worked with the GGF for several years on the well-established GGF Arbitration Scheme. A dedicated website to provide clear information to consumers, www.tgas.org.uk, is currently under construction.

TGAS by the Citizens Advice helpdesk being set up to take consumer enquiries regarding ADR. However, consumers will have had to go through the GGF Conciliation Scheme or FENSA complaint process for at least 56 days and still be in dispute before being able to progress to arbitration.

“After consultation and feedback from GGF Member companies, it was evident that an arbitration scheme was preferred to an ombudsman scheme. With an ombudsman scheme it is free for a consumer to progress their complaint and the decision is binding on the trader but not the consumer.

However, with arbitration like TGAS the consumer has to pay £100 to progress their dispute to arbitration, and the decision is binding on both trader and consumer. The Members felt that TGAS would weed out vexatious and frivolous claims from consumers. We are very happy to continue our excellent relationship with CEDR, and would emphasise that with TGAS the parties can always be certain that the dispute is being handled by a professional arbitrator who is a member of the Chartered Institute of Arbitrators, which will ensure a fair and just decision in all cases”.

“Arbitration is the ideal dispute resolution method to provide both sides with an independent, swift and affordable answer when there is disagreement. CEDR is privileged to take on this important service ensuring, on the rare occasions that something does go wrong with a glazing service or product, that British consumers are treated fairly and that the reputation and good name of GGF Member companies and FENSA registered firms is retained”. 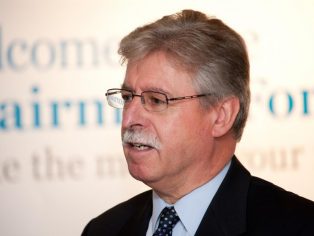