This week, Chancellor George Osborne delivered his final Autumn Statement before next year’s General Election in May.

The GGF had written to the Chancellor eight weeks before his Autumn Statement announcement highlighting the GGF’s campaigns and raising Members’ concerns.

In general, the Autumn Statement is seen as a chance to set out future tax and spending plans, as well as set out the state of the nation’s finances. During the speech, the Chancellor hailed Britain as the “fastest growing of any advanced economy in the world.”

He also stated that against a difficult global backdrop, “Britain has achieved higher growth, lower unemployment and a falling deficit.”

“It was also pleasing to see a drive to increase new builds and positive to hear that the Chancellor’s statement has included some measures that will benefit small businesses, such as expanding the British Business Bank, freezing fuel duty as well as doubling business rate relief for small businesses for another year.”

“Some of our Members’ work on the correlation between house sales and replacement windows appears to have had some influence on the Chancellor announcing a significant change in stamp duty. However, it is a pity that the Government hasn’t had some joined up thinking on stamp duty and energy efficiency. We would like to see the Chancellor using it as an incentive to increase energy efficiency home improvements. However, being optimistic, with this change in stamp duty we hope it motivates the property market and in turn drives the home improvement sector.”

“Though there weren’t many great surprises in this Autumn Statement, businesses can take some comfort that the economic growth is expected to rise by 3% in 2015 and though there will still be tough times ahead, there is stability with slow, yet gradual improvement.”

The GGF’s political advisors GK Strategy have put together a summary of some of the key points of the Chancellor’s Autumn Statement. Please see list below.
Energy 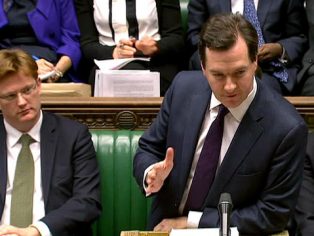