Gove removed as Secretary of State for Housing

As part of ex-PM Boris Johnson’s final cull of Ministers who called for him to step down before his resignation today, Michael Gove has been removed as Housing Secretary, for “disloyalty.”

Gove was the fourth Housing Secretary to have passed through the ‘revolving door’ of the Housing Ministry since it was formed in 2018. He told Johnson on 6 July that he should step down, following controversy over the handling of MP Christopher Pincher’s conduct.

There have been a series of unsubstantiated rumours regarding former journalist Gove being responsible for negative quotes in the media about the PM recently. He was a candidate for Tory leader, defeated by Boris Johnson in 2019.

Appointed as Secretary of State for Levelling Up, Housing and Communities in September 2021, Gove oversaw the introduction of the Building Safety Bill earlier this year, and the initial phase of the Future Homes Standard, which requires new homes to cut carbon by 31%. He also introduced the Levelling Up and Regeneration Bill in May.

Paul Smith, MD of Strategic Land Group, commented in the wake of Gove’s sacking: “Michael Gove has a reputation for getting things done, and his short time at DLUHC has been no different. He took over at a time when planning reform had become toxic for the Government, yet managed to shift the debate so deftly that the Levelling Up and Regeneration Bill is being welcomed by opponents of the original proposals in the planning White Paper – despite it delivering essentially the same changes.”

He continued: “Whether or not you agree with the contents of the Bill, at least it promised to bring the debate to a close. The expectation of imminent planning reform over the last two and half years has been a crucial factor in the planning system grinding to a halt, as local authorities have delayed their local plans until they knew what the new system would require them to do. Gove’s departure means that paralysis looks set to continue – which will only serve to make the housing supply crisis worse.” 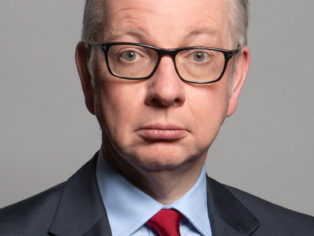