Compton Hospice thought dreams of having new kitchen appliances were half baked until neighbours Redrow stepped in with funding.

The hospice had been planning to replace the oven range in its kitchen, but thanks to Redrow’s generosity they’ve also been able to install other new appliances.

“When we looked into replacing the oven we discovered that it wasn’t a case of removing the old one and fitting a new one as half of the kitchen would need to be refitted because the pipework also needed replacing.

“Thanks to Redrow’s support we’ve been able hire a new oven range, dishwasher and electric cooker for three years. All of the maintenance and servicing is covered by the suppliers, plus we get three items for the cost one, which is a bonus as those appliances would need to be replaced soon too. What’s important to us, is that we have a safe, working oven that makes homemade meals for our patients – roast dinners are their absolute favourite.”

Along with the kitchen appliances, the donation of more than £10,000 served up by Redrow has also enabled the hospice to purchase two airflow mattresses.

“Compton Hospice is a fantastic local charity providing much needed care and support for those with life limiting illnesses and their families. The hospice is close to our Compton Park development and so when we heard that they needed new kitchen appliances we were keen to help.”

It’s not the first time that Redrow have linked up with the charity. They’ve previously supported University of Wolverhampton students’ fundraising efforts and have donated Christmas gifts to patients. 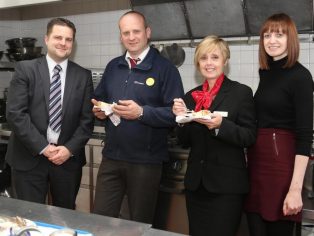 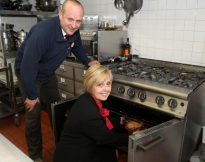