Insulation specialist Actis says increasing the number of offsite homes will form part of the solution to housing shortage issues raised in a report commissioned by The National Housing Federation and homelessness charity Crisis.

The recent report, carried out by Heriot Watt University, says 340,000 new properties must be built in England every year until 2031 – significantly more than the government’s current annual target of 300,000 homes. Of these, 145,000 must be affordable, compared with previous estimates of around 78,000.

The NHF, which represents housing associations, and Crisis are now calling on the government to increase funding, prioritise the sale of public land for social housing and explore ways to reduce the cost of private land – actions they want considered in the social housing green paper due in the summer.

“Even if the policy changes suggested are adopted there is also the very real logistical issue of how we are going to deliver enough homes. In today’s climate of not enough skilled tradespeople then speeding up construction has to play a key role in achieving this. And that means increasing our production of offsite homes which are around 30% faster to build than brick and block houses.” 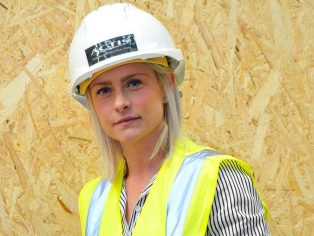