House building valued at £1.8 billion in February off the back of Help to Buy

House building continued to grow in the UK in February, according to a report released today. It follows announcements in the Chancellor’s Budget statement that revealed the Help to Buy equity loan scheme will now be extended until 2020.

Residential construction accounted for more than a third of all UK contracts awarded by value in February, totalling more than £1.83 billion – a significant increase of 72 per cent on the same month last year.

These latest figures, taken from Barbour ABI’s Economic & Construction Market Review, also reveal that London is still the country’s house building capital, with 17.5 per cent of all residential construction contracts located in the city. Key projects include phase one of the development at ‘One Woolwich’ worth £35 million, the £25 million transformation of 60 Commercial Road near London Metropolitan University into student accommodation, and the West Hampstead private residential scheme also valued at £25 million.

Trading updates from most the UK’s major house builders reflect the residential construction sector’s resurgence over the past twelve months. Bovis and Taylor Wimpey both posted full-year profit increases of 39 per cent, Persimmon is up 49 per cent and Barratt Homes has reported a 162 per cent increase in profit for the six months to the end of December 2013.

“As expected, the residential construction sector experienced year-on-year growth for a third consecutive month in February. Importantly, the number of units associated with residential contracts awarded increased by 1.8 per cent on January and were 51.5 per cent higher than February 2013, confirming the scale of the upturn in the market over the past year.

“It’s clear that stimulus packages such as Help to Buy are having a significant and sustained impact on house building, with strong evidence of increased profits across the industry. The Chancellor’s commitment to providing a further £500 million of finance to small house builders, as well as £150 million to help people build their own homes, will also be widely welcomed by the construction industry.

“However, there are still concerns that these prolonged initiatives will drive up house prices and make homes in some places, particularly London, unaffordable for first-time buyers looking to get their foot on the property ladder.”

The Economic & Construction Market Review is a monthly report designed to give valuable, current insight into UK construction industry performance. It is compiled from Barbour ABI’s records of construction data for every UK planning application, and key indicators, such as the Office for National Statistics’ Construction New Orders data. 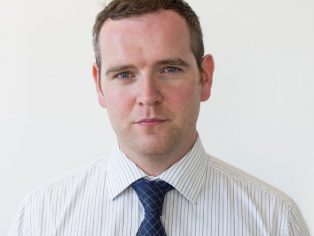