Households perceived that the value of their home rose in February, according to the House Price Sentiment Index (HPSI) from Knight Frank and Markit Economics. This is the eleventh consecutive month that households reported a rise in the value of their property.

February’s record reading surpasses the previous peak seen in December 2013 and is significantly higher than the 48.4 reading registered in February 2013. Looking at the results on a regional basis, households in all 11 regions reported that the value of their home had risen in February, with those in London (68.4), and the South East (66.9) reporting the strongest growth.

Since the inception of the HPSI, the index has been a clear lead indicator for house price trends. The index moves ahead of mainstream house price indices, confirming the advantage of an opinion‐based survey which provides a current view on household sentiment, rather than historic evidence from transactions or mortgage market evidence.

The future HPSI, which measures what households think will happen to the value of their property over the next year, jumped to a new high of 74.9 this month, up from the previous record 72.3 in January. More than a half of respondents said they expected the value of their home to rise in 2014, with only 5.9% anticipating a decline.

Mortgage borrowers are the most confident that prices will rise over the next year (83.1), followed by those who own their home outright (77.4). While still positive, those who are renting are expecting more modest price rises (60.6).

“Households in every region of the UK have reported rising values for six months now, underlining the revival we have seen in the UK housing market in terms of activity and prices. The scale of price rises remains polarised however, with households in Wales and Yorkshire reporting much more modest price rises than those elsewhere in the UK. It is also interesting to note that households’ perceptions of price rises in the regions surrounding London are starting to catch up with those in the capital.

“London is also becoming less of an outlier when it comes to future house price expectations. In 2013, the average future HPSI for London was some 10 points above the average for the country, now the margin is closer to 7 points. Indeed, house price expectations rose to new record highs in five other regions, including the North West and the West Midlands in February.”

“The recovery in the housing market reflects the increasing economic confidence in the country – which recently resulted in an upgrade to economic growth forecasts – coupled with the assurance that interest rates will remain low until next year at least.

“Households reported the steepest rise in their property values for over five years in February, suggesting that prices have accelerated sharply even before the usual spring bounce this year. Strong house price inflation has also broadened out from London to other UK regions since the start of 2014, especially the South East of England.

“Despite policymakers appearing increasingly vigilant about rising UK property values, the latest survey indicates no let-up in price expectations at street level. February data showed that almost ten times as many UK households anticipate an increase in property values as those that forecast a decline over the year ahead.

“On a regional basis, expectations of house price rises hit survey-record highs in London and five other UK regions, with the East of England closest to matching the buoyant trend seen across the capital.” 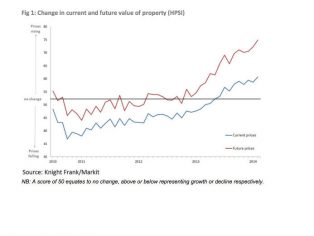 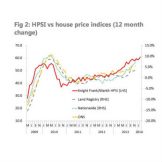 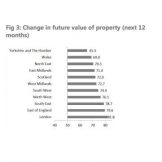 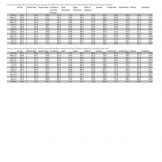