Howes Percival: What does Brexit mean for planning and development?

Many of us in the planning world have done a lot of crystal ball gazing over the last few days. None of us really know what will now happen but I think the following are worth mentioning:

Louise Barr, deputy director for planning, infrastructure and environment at DCLG pointed to the Prime Minister’s statement that Government would continue to take forward planned legislation. DCLG has also confirmed that the Neighbourhood Planning and Infrastructure Bill will still go forwards in mid July and further provisions to fully implement the Housing and Planning Act 2016 will go ahead in the autumn.

It needs to always be borne in mind that if the response of housebuilders to the collapse of share price is to put off site purchasing and the response of lending institutions is to tighten mortgage lending requirements, the chances of people getting on the housing ladder will diminish for millions. That problem will be exacerbated if rents continue to climb faster than incomes, reducing the ability to save for a deposit. It seems to me that the Treasury will have to underpin house-building through some means in those circumstances.

Barr has also pointed out the importance of infrastructure development in a post-Brexit UK. Indeed NIPA Council chair, Steve Norris, has urged the government to take advantage of the prospect of low borrowing rates to invest in infrastructure: “If we have learned anything from the referendum, it’s that the country has got to start rebalancing and we need physical connections that underpin that. Projects like HS2 are vital”. He added that investment in energy infrastructure remains critical to avert the real threat of restrictions on electricity supply in a hard winter. President Hollande has confirmed that defence and energy agreements with Britain would remain in place, citing the planned role of French firm EDF in the building of the Hinkley Point nuclear power station.

The United Kingdom needs to create an attractive investment environment. Although it is not yet clear what will happen to interest rates, it must be expected that they will remain static or decline for the foreseeable future to ensure lending institutions continue to lend to home owners and business. The Government has a vested interest in ensuring that there is no property crash given that it has £5 billion invested in housing through the “Help to Buy” initiative. A meeting has now take place between the big housebuilders and the Housing Minister with the only item on the agenda being what the Government needs to do to make sure the housing market remains buoyant. The lower value of sterling also means that the United Kingdom is now a relatively more affordable investment proposition.

Large scale residential led development schemes remain notoriously expensive to develop in the early stages. I am involved in numerous projects where this presents challenges. I can envisage direct Government intervention to fund or actually deliver up front infrastructure so that the costs do not all have to be borne by housebuilders unlikely to see a return on their investment for some time. This will enable developers to purchase “serviced” land which can be developed quickly and relatively inexpensively and which will be more attractive to the market.

Can we expect “Help to Buy” to be extended beyond 2020 in these uncertain times to keep the United Kingdom building? I understand that current statistics indicate that 40% of new homes are currently sold with this help and for some housebuilders, that figure is much higher.

Will there be a reconsideration of the role of Registered Providers moving forwards with potential for them to be given extra grants? It should not be forgotten that they played a critical role in ensuring economic activity in the construction industry following the shocks of the credit crunch.

It seems to me inevitable that developers and landowners will now start to seek extended time limits in which to undertake their development given the uncertainty. I would certainly advocate that and would also wish to ensure properly structured planning permissions and Section 106 Agreements to enable phased delivery.

I have previously predicted increased use of clawback mechanisms given that Section 106BA has not been extended beyond the old deadline. Given uncertainty about sales values moving forwards and escalating construction costs, clawback mechanisms even where an affordable housing policy compliant scheme is proposed will increasingly be sought to ensure that affordable housing requirements can change during the first 5 years post completion of a Section 106 Agreement. It seems inevitable that what one planning officer described to me as the “dark arts of viability assessment” will remain a contentious but important part of the negotiating process. For schemes that are already consented where the Section 106 Agreements are not flexible enough to reduce obligations on viability grounds, developers may have to manufacture opportunities – through subsequent applications perhaps – to force Councils back to the negotiating table. How starter homes play into that debate remains to be seen.

Although Boris Johnson has indicated that there needs to be continued cooperation across Europe on the environment, it has to be anticipated that even if Environmental Impact and Habitat Regulations Assessment survives post-Brexit, the regulatory framework will be simplified in this area. In particular, we may see further relaxation of the thresholds so that less schemes fall within the stringent requirements of Environmental Impact Assessment (“EIA”). However, the new amended EIA Directive that significantly alters the EIA process must be implemented by May 2017 so the UK shall still be required to do this or face the possibility of individuals enforcing this Directive directly through the courts and challenging the grant of planning permissions through judicial review. Also I think we can expect early introduction of Permission in Principle in the hope that it will enable positive investment decisions on brownfield land in particular. I expect to see de-regulation to reduce the risk in investment decisions.

These are interesting times. The Government needs to respond with speed and precision to these challenges to ensure that the uncertainty does not lead to the downing of tools in the development industry. The industry needs leadership and clarity. It would be a mistake for our new Prime Minister to spend so much time reaching agreement with the EU on Brexit that he or she loses focus on the importance of new development to the United Kingdom economy. 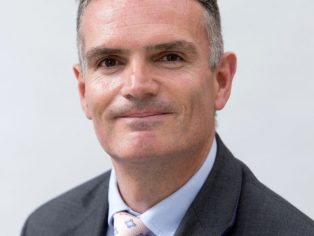