Is the housing sector’s recovery a real test of building standards?

More than 226,000* new homes were built at the height of the UK housing market boom in 2007. By 2009, complaints to the National Housebuilding Council (NHBC) concerning alleged defects had reached 64,000 – the highest figure on record. In the push to meet the demands of the house buying public, standards had inevitably paid the price. With the market picking up again and activity growing towards pre-recession levels, the risk that history might repeat itself and build standards start to fall is a very real concern.

The banks have had their wings clipped by the credit crunch and during the recession even longstanding construction clients were being turned away. An almost wholesale halt in traditional bank funding and a stark drop in buyer confidence saw the number of completed units fall to only 137,000* in 2010 – the lowest number since the 1920’s.

During the recession, a number of private specialist funders came to the fore that had a better understanding of the construction game. These independent lenders, who had access to private capital and investment funds, were charging high and ensuring their investments were safe through increased build standard monitoring and a much higher degree of due diligence.

More secure insurance cover and warranty provision
In essence there was less money to go round and the terms of securing money became more onerous. Not just in regards of repayment or lending conditions but also in the requirement for bank monitoring, more secure insurance cover and warranty provision. Lessons had been learnt and any investment offered had to be secured through increased layers of protection.

Builders who could demonstrate a more consistent build track record and greater experience were able to secure funding. Many builders had to keep their teams busy, which inevitably meant a better build. They had fewer jobs on the books so quality effort could be focused on fewer schemes. This extended to other professionals, including architects and lawyers, who also saw their clients reduce. This meant that they too could concentrate on the fewer developments they were working on. As a result, building standards significantly improved while times were tough.

Economic conditions also saw the market turn in favour of the buyers who now held all the cards. Developers had to differentiate their product offering through better specification and the heightened quality of the homes they were trying to sell.

New challenges to quality build
As the construction market continues to gather pace these challenges will cease to have such an influence. Funding has already become easier to secure and schemes, such as Help to Buy, have created increased success at bringing new buyers into the market. As confidence has grown, more traditional lenders have also returned to the market and risk orientated terms and conditions of lending have relaxed. Funders have even started to allow buyer deposits to be used towards the cost of the build.

The lack of building materials has resulted in lower quality replacements from overseas filling the gap left by British manufacturers that ceased operating during the recession. The industry is also seeing the adoption of innovative and often complicated build techniques that workforces have difficulty implementing. There is also the shortage of experienced labour, which has resulted in the housing sector being forced to fast-track less experienced workers and apprentices. More needs to be done to ensure that young people coming into the sector are the right quality and have the new skills needed to support the industry.

Things are certainly looking up for house building in the UK. However, there are key questions that need to be addressed if we are going to ensure that the recovery in the market is long-term. The housing sector must ensure that build quality does not wither as the market gets stronger. The quality practices and the focused build inspections adopted when the market was slow and funders were more risk adverse must remain as part of the housing sector’s DNA. 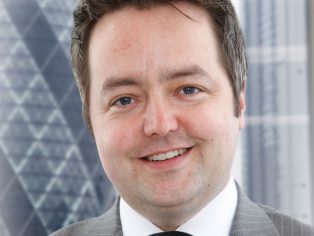