In a major boost to the economy throughout Scotland, leading housebuilder Barratt Developments has announced plans to open 14 new sites creating 1420 new homes across Scotland.

The new sites will underpin over 300 extra local jobs, reflecting both a continued recovery in Scotland’s economy and the health of the new build housing market. The homebuilder predominately employs local sub-contractors and tradesmen – so local businesses and people will benefit directly from the jobs.

In 2015, Barratt Developments opened new sites across Scotland underpinning employment opportunities for 4,500 people. In total, the division built around 1,390 homes, 48 per cent of which were constructed on previously developed (brownfield) land.

New developments planned for 2016 includes new sites in Glasgow, Edinburgh & Aberdeen, where homes are being released for sale this month.

The expansion plans follow a strong year for the Group in Scotland despite the withdrawal of Help to Buy. During the course of the year, it sold out on a number of successful developments whilst also launching a number of new developments including the Botanics – the flagship David Wilson Homes development on Queen Margaret Drive in the west end of Glasgow.

“We have seen demand for new homes across Scotland remain high and our new sites will provide more choice for buyers looking to purchase in some of Scotland’s most sought after residential locations. It’s also good news for the Scottish economy not just in terms of supporting local construction jobs, but also through the generation of local revenue from new residents spending in local shops and on local services. We know the positive social and economic impacts that our developments can make and we’ll be working closely with all the communities in which we’re building, to make sure we maximise those impacts as we progress.” 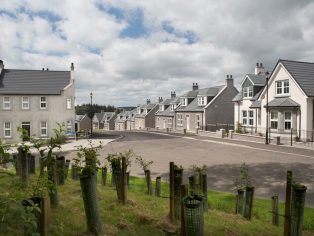