The GGF expressed no great surprise at The Energy and Climate Change Committee’s report into the Green Deal in which they brand the policy a “disappointing failure”. The Committee qualified their comment by adding that cost to customers was too high and the terms of the deal created uncertainty for providers.

The Committee however has recommended offering homeowners discounts on stamp duty or council tax in exchange for making energy-efficient home improvements.

A combination of financial, communication and behavioural barriers has meant that the Green Deal has been slow to attract customers. Green Deal finance is, in principle, an attractive proposition, but the high interest rates attached to the loan, were putting off potential customers as many homeowners are able to find cheaper finance mechanisms elsewhere. DECC’s communication strategy has been confusing and has often conflated different energy efficiency schemes. As a result, the Government has struggled to drum up support even amongst those households that could benefit most from a Green Deal loan.

“We have been lobbying for some years that the Government has to find incentives to encourage homeowners to make their homes more energy efficient. Since the outset of Green Deal and ECO, the GGF has been in talks with Ministers and Government officials on the problems of the scheme. Time and again we stressed that the Green Deal was too complex and lacked the incentives to make it attractive to homeowners. So this week’s report is no surprise.”

“Stamp duty discounts and variable council tax rates could be used to broaden the appeal of energy efficiency improvements and make them even more of a money saver for households. Extra incentives certainly need to be considered.”

“Green Deal may have failed but it is imperative that new incentives, schemes and initiatives are a part of the Government plans to improve the UK housing stock, save homeowners costs on fuel bills and reduce carbon emissions.”

To read the report and background material please click on the link below; 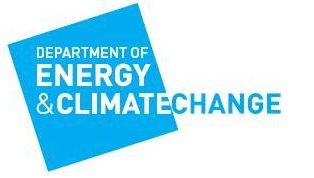