House of Lords amendments to the Housing and Planning Bill, which would target small development sites for expensive affordable housing contributions and increase regulations and taxes on small builders, will stifle the supply of new homes at a time when they are needed most, warns The Federation of Master Builders (FMB).

“We understand the need for more affordable homes in rural areas and government policy must address this need but the intention to hit all small scale housing developments will be counterproductive. Up until relatively recently, including under a Labour government, we had a national threshold for affordable housing requirements set at 15 units. This was part of a longstanding recognition that it is not appropriate to place the same demands on the smallest sites and the smallest firms, as it is on major developments and multinational companies.”

“Now we have a situation where the House of Lords is actually inserting into legislation that small sites should be treated the same as large sites, almost as if it were a matter of principle. We’ve seen a long-term decline in the number and output of small and mediumsized (SME) housebuilders, a trend which has accelerated during the downturn and has almost certainly reduced the overall capacity of the industry, and in turn reduced our ability to build our way out of the housing crisis. There’s little doubt that the historically unprecedented demands now being placed on small developers are a major barrier to this. To our members, this amendment will appear little more than a direct attack on SME housebuilders.”

“Unfortunately, this is only one of a series of amendments backed by the Lords which show a reckless lack of realism and concern for consequences of heavy-handed regulation. The disinterring of a zero carbon standard flies in the face of the fact that further carbon reduction on site will be difficult-to-impossible to achieve, so will likely amount to no more than a tax to enable off-site carbon mitigation. Heaping ever-more taxes and heavy-handed regulations on small local builders will worsen the housing crisis.” 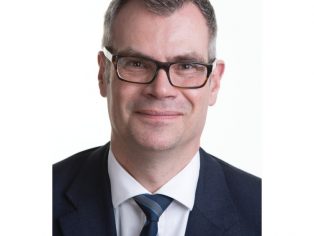