Almost half of England’s house-builders are unconcerned about the possibility of Britain leaving the EU, according to a new survey published Monday 18 April.

The survey of 389 owners or directors of house-building companies was carried out for leading property consultants McBains Cooper by Morar Consulting.

The companies were asked whether they were worried about the impact Brexit would have on their business in terms of restricting their ability to recruit from abroad through EU freedom of movement rights.  House-builders have often recruited from EU countries because of skills shortages in the UK.

Overall, 49 per cent of respondents said they were not worried about EU withdrawal, though a significant minority – 31 per cent – said it did concern them.  However, a sizeable proportion (20 per cent) said they were unsure.

In terms of regions, firms in London were among the most anxious – 38 per cent of companies surveyed in the capital were worried about Britain withdrawing from the EU.

“This survey will make interesting reading for the ‘leave’ and ‘remain’ campaign groups.

“Many of the companies surveyed are smaller businesses and it seems that Britain withdrawing from Europe is not an issue for most of them.

“London firms may be among those more worried about Brexit because, more than the rest of the country, the capital is in the middle of building and infrastructure boom which requires skilled workers from the rest of the EU.  In this scenario, aBrexit could lead to a fall in house-building in London, hitting the prospects of those wanting to get on the property ladder.

“For areas such as the North East, the EU has been a huge source of inward investment.  Fears over the impact on skills shortages of a Brexit are also likely to be mixed with concerns over the impact that this loss of investment will have on the regional economy and, in turn, the demand for new houses.” 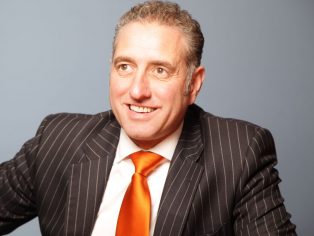