Off-site, on target: The benefits of factory-built homes

ilke Homes, a new British modular housebuilder, is displaying two show-homes in Gallions Reach, London. CEO Bjorn Conway provides some detail on the properties to Jack Wooler, and explains how offsite can benefit personalisation for homebuyers.

The show homes are intended to demonstrate how a common modular platform that is efficient to manufacture can be personalised to meet the Nationally Described Space Standards (NDSS) and the requirements of open sale, with a wide variety of internal layout and external treatment options.

When setting up the JV, both companies recognised the need for a solution to the increasing demand for new homes, especially against a backdrop of insufficient skilled labour, and with the need to deliver these homes on time and within budget.

Incorporated as an independent entity in October 2017, Keepmoat and Elliot have remained as strategic partners, and help out by offering a wealth of experience.

The two demonstrator units at Gallions Reach offer an example of the company’s affordable rent home and a property for open market sale.

The affordable rented house benefits from full open-plan living on the ground floor, and two double bedrooms with ensuites on the first floor. The home is designed to be compliant with the Nationally Described Space Standards and the London Housing SPG.

The home for open market sale has an open-plan kitchen and dining room, in addition to a separate living room on the ground floor, and three bedrooms and a family bathroom on the first floor, with the master bedroom also including an ensuite. Bjorn Conway, CEO of ilke Homes, explained why the site was chosen:

“Housing associations will be one of our focus areas and, as the south east is the area most in need of affordable housing, we wanted to make our intentions of addressing the housing crisis clear by building our first units in the region.

“Further, the team at ilke Homes wanted to ensure that the site’s location made it easy for both housing associations and local authorities located in the region to visit and experience the houses.”

Critics of the modular building process often cite difficulty obtaining planning permission as a reason against it, but ilke Homes have reportedly received “positive engagement from planners in local authorities across the UK.”

“Our ability to deliver the external facades and roof styles that work in their local context is key.

“We have noticed over the last few years that offsite construction is becoming increasingly familiar to people at all stages of the planning and development process.”

Though Bjorn said the company had come across no specific planning boundaries,

“questions to do with altering the original designs to accommodate higher pitched roofs did crop up.”

To mitigate this, this is now something that ilke can provide, building them as separate roof modules in its factory.

ilke Homes claims to be one of the UK’s few modular homes businesses set up to operate at scale, and has set itself the target of delivering 2,000 homes per year within the next two years.

The company professes a “collaborative” culture. Its product development, design and manufacturing teams are ‘hands on’, working with the assembly teams in the factory to solve issues and deliver a product that is not only cost-effective, but also “serves the needs of modern living.”

Before the show homes were delivered to the site in Gallions Reach, the foundations, services, drainage and much of the landscaping was already complete, and no scaffolding was required.

Bjorn Conway described the speedy nature of the process:

“The crane arrived in the morning, placed the units, and was dismantled on the same day.

“The homes were fully furnished, landscaped, and operational for the launch event less than two weeks later.”

The modules themselves leave the factory virtually complete inside and out, ready to be installed. This stage also includes the incorporation of any individual consumer specifications, such as flooring, tiling, light fittings, appliances, and in some cases, even beds, fixtures and fittings. At this point, onsite preparation works and build manufacturing are undertaken simultaneously.

Once the site has been prepared, the modules are transported by truck. The company plans to build a series of plants around the UK to deal with demand at a regional level.

Exploring the benefits of the offsite method, the CEO said:

“Due to the factory build quality control, we guarantee consistent high-quality, energy efficient homes which are typically constructed in less than half the time of traditionally built houses.

“This approach results in a reduction in defect rectification and anticipated maintenance costs.”

As the modules are fully constructed in the factory, by the time properties arrive on site the homes can be fitted in a single day. The firm is currently able to install up to six properties per day, meaning the timeframe from installation of the homes to families moving in can take just two weeks, and provides a reliable and predictable timeline to work with. For a medium-sized site, this could speed up build times considerably, leading to a build programme that is six months faster than a traditional site.

This adds another benefit to local residents.

“Ensuring minimum disruption to existing residents and the wider community is a crucial consideration for us,”

“Our installation is quick and efficient, with vehicles used on site kept to a minimum.”

A recent ilke Homes installation at the Dominion development in Doncaster used only five heavy goods vehicles in total, including the crane. This approach not only results in a much quieter site, but one that is safer and more controlled.

“We have also had comments from the wider community at Gallions Reach that our houses appeared to ‘pop up’ in one day,”

“as they weren’t there in the morning and were fully installed when people returned from work that evening.”

The internal and external surfaces of ilke Homes match those commonly used in traditional construction, including plaster- board, skirting boards, tiling and render, brick slip and PVCu.

Precision-cut, high-grade galvanised steel frames and other durable, high performance materials are intended to give the homes the inherent strength and weight to enable them to be transported and lifted into place.

All properties by ilke Homes have a build fabric that exceeds Building Regulations by 20 per cent as standard due to the air tight, super-insulated and thermal bridge-free design.

ilke Homes works with NHBC to gain an NHBC Buildmark Warranty for its homes, and the LABC on building control approval. As part of its BOPAS approval, Building Life Plans (BLP) has also confirmed that the durability and maintenance requirements of ilke Homes are similar to that of traditionally built homes.

Light is maximised thanks to the 2.5m floor to ceiling height, and large windows ensure maximum daylighting and airflow. Noise is also minimised, with acoustic testing showing the properties to be a third quieter than traditionally built homes. The high-performance envelope of the properties, with factory built quality control, also allows the homes to reduce running costs when compared to typical builds.

The homes benefit from a number of energy efficient features, including ‘A’ rated boilers, improved air tightness, and reduced thermal bridging as a result of the company’s warm-frame design.

The base specification for the properties exceed building regulation carbon targets by 12 per cent, and with the addition of solar photovoltaic (PV) panels, can be built to the zero-carbon home standard.

The homes at Gallions Reach were fitted with solar PV and battery storage, heat pump ventilation, smart heating controls, as well an electric vehicle charging point. This means that electrical power within the properties can be generated, stored and used efficiently within the home.

“These features have been incorporated with energy-efficiency in mind, and will ultimately result in lower energy bills for the families who occupy the homes.”

Since opening in May last year, Bjorn he reports that there has already been “widespread interest” in the homes, with development and maintenance teams from over 60 organisations visiting the site to understand ilke Homes’ approach to partnering, and to see the quality of the finished houses.

The CEO explained the company’s plans for the future:

“Our vision is to build high- quality homes for all, with an emphasis on medium density, low-rise houses and apartments (up to four storeys).

“This means that we will be able to deliver much-needed family housing to local authorities, housing associations and developers.”

“The UK is currently in the midst of a housing crisis, which the construction sector has had difficulties addressing for many years, and we’re looking forward to helping people across the UK to enjoy a home of their own.” 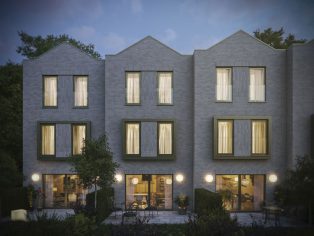 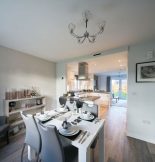