Pochin’s proves that developers need to rethink their project insurance

The construction industry has been rocked recently, with the news that administrators have been called in to well-known contractors Pochin’s.

A key player in construction, their demise is symbolic of an industry that is in dire straits. And in the wake of the collapse, it is the developers who could be bearing the brunt. Because as well as the knock-on effect to workmen and residents, situations such as this can prove a real headache for developers and building owners.

Some developers have in-house construction teams, meaning they are able to cover the work and reduce setbacks if their contractor backs
out or goes bust. But the majority will have carried out a bid process – and many of them will have appointed the lowest bidder to try to keep costs down.

This is understandable: competition is fierce and costs are escalating: a factor that is not aided by Brexit impacting on import prices. Developers are working to a lot of deadlines and demands so it’s often a case of choosing the best fit at the lowest price when it comes to the build.

However, it’s not just about the build itself. The collapse of a contractor mid-project will open up a quagmire of blame and costly debates if the wrong contractual option was selected in the first place.

The current norm is that insurance brokers working in the construction industry behave reactively to lawyers, who advise developers on their building contract – and hence the insurance obligations within it. It’s the traditional path, but that doesn’t mean it’s the best one any more. Developers – and, to be fair, solicitors and financiers – need to know that there is a better way.

With new builds in particular, the responsibility of identifying all potential risks, and sourcing the right insurance product, normally goes to the main contractor at the outset of the project – NOT the developer. A JCT (Joint Contracts Tribunal) contract offers a variety of options, and often in the case of new builds it is the contractor that is nominated to insure the build. It sounds straightforward and the appeal is clear to a busy developer who has a number of other priorities, but this approach is fraught with problems.

This is why developers need to know that there are alternatives open to them. There are better insurance options that offer protection from start to finish – it just takes a little more time at the beginning.

A newer – and in most cases, a much preferred much better – approach is an OCIP (Owner Controlled Insurance Programme). With an OCIP, the developer or site owner is in control and is covered more comprehensively for liability and loss. An OCIP covers a range of risks, from a delay in start-up to acts of terrorism, and means all knowledge about the policy – the excess, costs, cover and duration – lies with the developer, as opposed to the contractor.

OCIPs can be tailored to the project, and developers’ needs and premiums are agreed at the outset of the project – they basically deliver complete transparency, which is needed if large contractors fold. Sites are still insured without the subrogation issues that can arise under the traditional insurance proposition. There is also flexibility – and the beauty is that it is simply a case of changing the insurance option within the JCT, if a JCT already exists.

Developers – who are operating in a world of urgency and profit margins – need to realise that a little time spent looking at all options at the start of a contract, could protect them from a world of pain and profit loss later on.

Pochin’s is not the only contractor struggling; the whole industry is a little fraught and the traditional insurance route is quite simply no longer suitable. Developers need to take time to ensure they are less exposed.

By setting aside that time and allowing brokers to look around for the best OCIP, developers will remain insured if their contractors collapse, meaning their interests remain protected, and they can focus on recouping their costs – and ultimately, getting the build finished. 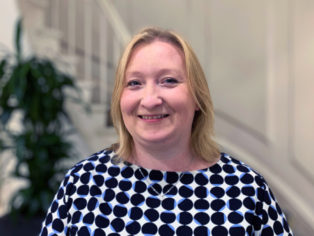