UK property prices continue to grow this summer, but there are indications demand is cooling according to the latest UK House Price Index.

The regional data indicates that:

UK home sales fell by 0.9% in July 2016 compared to the previous month, which means that home sales on a monthly basis remain below levels seen in 2014 and 2015 and before the stamp duty changes in early 2016. Meanwhile lending approvals for house purchases also fell by 5.1% in July, continuing a downward trend established since the start of the year.

Sales during May 2016, the most up-to-date Land Registry figures available, show that:

The full report is available here.

“The resilience of the UK housing market is rooted in the structural mismatch between supply and demand. While activity lately has been subdued, that imbalance has been maintained.

“Some potential buyers got cold feet following the Brexit vote, but sellers too withdrew from the market, resulting in a further drop in the stock of homes available for sale.

“London is defying the doom-mongers. Monthly figures fluctuate and should be treated with caution, nevertheless a one per cent jump in prices in July, combined with an annual increase of over twelve per cent, looks robust.”

“We are seeing signs of hesitancy among both buyers and sellers at the moment. We expect this to continue in the short term until there’s greater certainty around the economic impact of Brexit.

“Time will tell whether the recent Bank of England cut in interest rates will help to boost confidence and generate an increase in buyer and seller numbers in the autumn. However, despite this slowing in activity, tight supply is likely to keep upward pressure on house prices. So we’re not expecting a drop in the short term.”

“An annual increase of 9.1% and a marginal increase 0.5% since June shows that there has been no immediate impact on the market in England since Britain’s decision to leave the EU.

“Although this isn’t news as such, this data from the Land Registry acts as a more concrete confirmation compared to the likes of Halifax and Nationwide who base their figures on mortgage data.

“The ONS statistics do not come as a major surprise to us. We said before and immediately after that Brexit will not dampen the appetite for housing in the UK. Living in this country is, and always will be, incredibly desirable, and so demand will continue to grow. 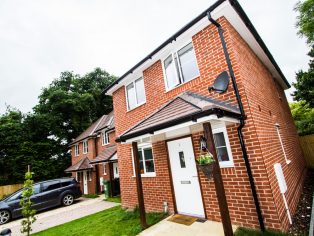