Lindsay Todd, the Chief Executive at Radian has taken to video to explain why Radian has made a long term pledge to contribute to housing supply and unlock under-used capacity. His support strongly connects with the Homes for Britain campaign which calls for all political parties to end the housing crisis within a generation.

In the short film filmed at a local community café supported by Radian, he promotes the National Housing Federation’s vision Ambition to Deliver, explaining that housing associations must take up the challenge to think and behave differently to address the current housing crisis.

Lindsay is quoted in the film saying:

“The reason it’s important is because we are not producing enough homes in this country, we haven’t done for many years. The Federation (NHF) estimates that we need 250,000 new homes each year, every year over the (next) twenty year period. It also estimates that organisations like ours are probably capable, at full tilt, of producing 120,000 of those, so just under half.”

There is a clear link between Ambition to Deliver and the Homes for Britain campaign, supported by all the main housing sector organisations and many charities including, Crisis and Shelter. The campaign aims to get the issue of the housing crisis placed high on the political agenda by convincing politicians that they should commit to finding solutions in the forthcoming General Election.

“The housing shortage is an issue that requires political consensus to enable long-term decisions to tackle it. We need people to care about what that will mean for future generations and to join us in urging politicians to start addressing the problems now. Whichever party wins power, we must ensure that they develop practical long-term plans for housing.”

Radian’s Ambition to Deliver film was created to coincide with #HousingDay on 12 November: This is just one of a number of actions designed to support the Homes For Britain campaign, and Radian and other housing associations will be using social media to demonstrate what a huge difference good housing can make. 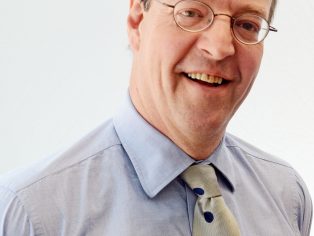