Record trading in the 50th year of Robertson Group

Robertson Group, one of the largest privately owned businesses of its kind in the UK, continues to experience growth in all of its companies and in its audited accounts (12 months to March 2016), delivering a record year of turnover of £453m and its strongest ever forward order book.

The Stirling-based infrastructure, support services and construction group, has reported a PBT of £21.4m which has increased 81% on the prior year. This sustainable profit growth has added further value to its strong balance sheet, with net worth increasing by 17 per cent.

Robertson Group enjoyed a healthy £25.6m net cash position at the year end. The Group recognises the significance of robust cash flows and improving margins in dealing with the changing funding and lending environment in today’s marketplace.

Robertson has seen continued and sustainable growth across its 19 diverse infrastructure-based businesses, most notably in its Construction (including major projects), house building and Partnership Homes businesses. The Group has also expanded its offering in Building Services, Civil Engineering and Rendering and Roofing over the last 12 months.

Robertson has won a range of new contracts both in Scotland and England including the construction contract for the new £330m Aberdeen Exhibition and Conference Centre and has further expanded operations in England with its new Yorkshire and East Midlands office in Sheffield. Group turnover in England has grown significantly to a record level of £100m as part of its continued regional growth strategy.

Robertson Capital Projects, the Group’s investment business, has successfully utilised its strong group working approach by involving its sister businesses in construction and facilities management to secure preferred bidder status for the delivery of a new £62m hospital in Kirkwall for NHS Orkney. The investment will be run on 30-year concession commencing on financial close which is anticipated in February 2017.

Robertson Facilities Management, which employs 700 people, now has a UK long-term order book of £1.13bn. Together with its secured Construction, Partnership Homes and Homes workload, the Group enjoys a total secured order book of c£2.0bn.

Robertson Homes continues to enjoy success and growth in private housing development and has increased its units sold in the year by 65% where the average selling price has increased by 23 per cent. The Homes business has started exciting new developments in Dunbar, Strathaven and Mid Calder in Central Scotland and is currently operating on eight live sites. Robertson will also begin developing high quality family homes in the North of England, with four sites identified.

The Group will continue to utilise its cash and funding base to invest further in its private and affordable homes business as well as in public sector infrastructure projects, where it has a long term track record in investing and delivering a range of school, health and community facilities.

Robertson Group currently employs nearly 2,000 people across the UK, having increased employee numbers by over 600 in the last 18 months. Robertson expects this figure to grow by a further 5 per centin the year ahead and is placing a stronger emphasis on supply chain, direct employment and apprenticeships.

“We are delighted with the continued progress across all of our 19 operating companies. The Group has now started delivering on its new five-year strategic plan with a strong focus on sustainability, innovation and productivity. The continued success of the Group will be based on generating sustainable and appropriate margins for any work undertaken.

“Over the recent decades, direct employment and training by major players in our industry has fallen consistently to a point where the shortfall being made up by smaller companies and sub-contractors is no longer adequate to sustain a competitive but opportune market. The Group will continue to focus on higher margins and believes its commitment to direct employment, young people, apprenticeships and training will facilitate this process.

“Due to the changing source of funders in our market the Group Board also believes that healthier margins in our sector will be a requirement of participation by funders to major projects and businesses. Our Group companies therefore will continually focus on a growing return on capital and improving risk profile in our projects in preference to growth in volume Indeed, in construction, if the intended project bank account process promoted by the public sector is pursued across the industry, the additional profit element required to operate such a scheme will require a rebalancing of margins within the industry.

“We are delighted to have the visibility, capability and strong capital position to deliver high quality projects and services to our existing and potential clients into the future.” 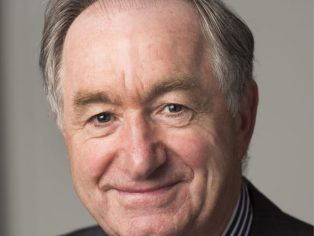