Redrow is supporting the Centenary Poppy Campaign, which was an idea developed by the Greenhithe and Swanscombe Branch of the Royal British Legion. The simple initiative to see poppies bloom around the country captured the imagination of the public, including the Prime Minister who supported it being rolled out nationally.

“Redrow Homes is proud to be supporting such a prestigious campaign and looks forward to seeing the poppies in bloom in August. The planting of poppies is a fitting reminder of the civilians, servicemen and women who lost their lives in World War One.”

“We are delighted that our local primary school has joined forces with us and Redrow Homes to plant the seeds around their school and in the Ebbsfleet Green development.” 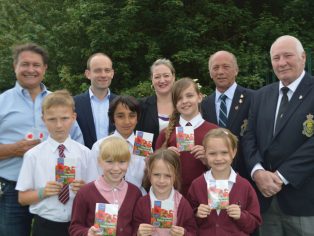