AS Redrow Homes reports a turnover in excess of £1billion for the first time alongside record annual profits, the housebuilder’s Yorkshire division is also marking a productive year.

While Redrow’s nationwide success is a strong sign of a more buoyant UK housing market, the achievements of its divisional arm operating across Yorkshire and North Lincolnshire indicates the regional market is following suit.

In the year ending June 30, Redrow’s Wakefield based operation, one of 12 operating divisions in England and Wales, completed 336 new homes across an area that currently spreads from Harrogate in the north to Wickersley in the south and from Steeton in the west to Grimsby in the East.

During the year, the regional company purchased five new sites comprising a total of 39 acres which, once complete, will have a total sales value in excess of £140 million, while stimulating dozens of new jobs and bringing a host of other economic benefits to local communities.

Redrow Homes (Yorkshire) also launched sales at five new locations; two developments in Newton Kyme, near Boston Spa, two in Wakefield – at Crofton and Newton Hill – and one in Skelmanthorpe.

In the current financial year, the Yorkshire division hopes to increase the number of homes it builds by around 27% to circa 430 and to launch six new developments as it continues its rapid growth.

“In a year full of noteworthy achievements, one of our proudest has been the success of our flagship Horsforth Vale development in Leeds, which is transforming an old industrial site into a vibrant, family-orientated community and has won awards. We’ll shortly be adding the first of our Abode range of more contemporary looking homes to this scheme.

“In addition, we have launched superb developments in Harrogate and Newton Kyme, including our new, Georgian-influenced Regent Collection product, and now haveplanning permission for a site in York.

“Looking to the future, our land team will continue to focus on sourcing new sites, especially in desirable locations within the so-called “golden triangle” of Harrogate, York and North Leeds; and ideally large enough for us to deliver developments with 50+ homes.”

Redrow’s Yorkshire division is based in Wakefield and directly employs around 115 staff – of which 18% are trainees and apprentices – while providing work for dozens of subcontractors on its various building sites.

Nationally, Redrow has just reported strong growth. Turnover exceeded £1bn for the first time, operating profit increased by 54%, and the number of new homes completed rose to 4,022, a 12% increase over last year and 42% up on 2013. The company also bolstered its total workforce by 22% to 1,651 employees.

Redrow Homes is one of the country’s largest and most respected housebuilders, with a strong emphasis on high quality housing in prime locations.

More information is available on the Redrow Homes website. 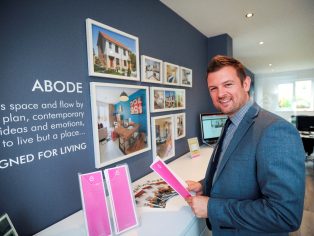