A development of nearly 500 homes, which is employing up to 120 people per day and supporting local shops and services, was named Housing Development of the Year at the Knowsley Business and Regeneration Awards.

Redrow’s Summerhill Park, is situated off Thomas Lane, in Liverpool. While the road access sits within the city of Liverpool, all of the houses – and the council tax income they’ll generate – are within Knowsley borough.

Organised by Knowsley Borough Council, and sponsored by a host of local and national businesses, the awards celebrate the creativity, ingenuity and commitment of the individuals and organisations that are contributing to Knowsley’s economic success. The award ceremony at Knowsley Safari Park was attended by 650 people and also saw accolades presented for best business acumen, corporate social responsibility, customer service, investment and regeneration.

The award for Summerhill Park recognises Redrow’s commitment to quality, improving the borough’s private housing stock, community improvements and its impact on helping Knowsley deliver ambitious housing targets over the next few years.

Under current plans Summerhill Park will eventually comprise 479 new homes, with a finished worth of circa £100 million. Assuming an average of council tax band B and D properties across the 19-acre site, it’s expected to generate a ‘New Homes Bonus’ receipt for the council of approximately £4.1 million over a number of years. This central government grant is in addition to the actual council tax revenue that will be collected from home owners.

Currently, between 100 and 120 people are employed on site each day and many of these sub-contractors are from the local area. Redrow is also investing in substantial areas of new public open space, both on and off-site, as well as contributing £45,000 to footpath/cycleway links to the Sustrans Liverpool Loop Line, which runs along the western boundaries of the site and links to Knotty Ash and beyond to the north and Childwall and other destinations to the south.

Redrow will also pay a subsidy to bus operator Cumfy Bus over a five-year period and the existing 139 bus service, which runs between Liverpool city centre and Prescot, is due to be diverted through the development.

“Summerhill Park has been very successful. Reservations are regularly running six to nine months ahead of build and the Government’s Help to Buy scheme has been popular here – providing buyers with a 20% equity loan towards the cost of their home and allowing them to buy with only a 5% deposit. We’ve legally completed over 100 homes already and the whole development is scheduled for completion by mid-2017.”

“We’re delighted that Knowsley has recognised the impact Summerhill Park is having, not just in creating high quality new homes but also generating income, improving the local area and supporting shops, schools, business and other services in the vicinity.” 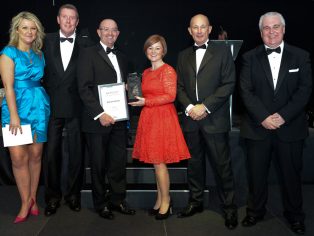