COVID-19 has led to many residential developers choosing to let their completed units rather than sell them, in the hope that the market will pick up as normality returns. Unfortunately, such a change of strategy isn’t always simple.

Buying a home is certainly not a thought on everyone’s minds in the current climate, so letting units on short-term leases can prove an effective solution for developers wanting to prop up their revenues. However, for this alternative approach to be commercially viable, and to avoid challenges from HMRC, developers must know the VAT implications.

Clawback adjustments occur when a taxable person changes the use of the goods or services they are providing – in this case deciding to rent out rather than sell completed units in a block of flats. This changes their VAT liability from taxable to exempt, requiring a repayment to HMRC.

Newly built residential properties that are sold or let on a lease in excess of 21 years are classed as zero-rated supply. In simple terms, the owner does not have to add VAT to the sale price and can recover any VAT incurred during construction – known as “input VAT”. In contrast, residential properties let on short leases (less than 21 years) are classed as an exempt supply, so VAT does not need to be added to the sale price, but it also cannot be recovered.

For developers that have reclaimed input VAT on construction supplies as they build, changing the intended purpose of a home from selling to letting on a short-term lease means they will have to repay the sum to HMRC.

During the 2008 financial crisis, the Government introduced a concession that removes the clawback of input VAT for developers who wish to temporarily let out their housing stock. When calculating clawback adjustments under this concession, HMRC will limit the receipts they look at to a ten-year period. As a result, if a property is let for a short period, only a partial clawback of input VAT will be made. To make the most of this exemption, it is important that developers clearly record their intention to temporarily let out properties.

Another factor to be aware of is the de minimis test, which can lead to irrecoverable input VAT being ignored altogether, as long as it is less that £625 per month on average and less than half of the business’ total input VAT.

The trouble with Land Promotion Agreements

Another area where VAT rules can become complicated is when it comes to fees paid on Land Promotion Agreements. “Promoters’ fees” are a payment by the promoter to the landowner, which represent an advance on what the landowner will receive when the land is sold with planning permission.

Often, it is assumed that VAT is due on the payment because the landowner is supplying a service to the promoter. However, this isn’t necessarily the case, as the payment can merely be a way to entice the landowner to enter into a promotion agreement. Therefore, it could be argued that the payment is not for any supply and no VAT is due.

For landowners selling land to a developer before construction begins, the only way for them to recover the VAT charged by a promoter is to register for VAT and make a VAT election. On the other hand, if a landowner is selling completed residential units, this would be classed as a zero-rated supply and any VAT charged by the promoter could be recovered with or without a VAT election.

Sales of so-called “golden brick” units that have progressed beyond the laying of foundations can also be zero-rated. Under HMRC’s rules, deposits paid by the buyer on these units can be released to the landowner before development begins. HMRC will accept zero-rating of the deposit if the landowner plans to start construction before any potential sale.

Currently, it is unclear how many units need to be classed as “golden brick” before an entire site can be zero-rated. As such, it is vital to seek expert guidance regarding this issue.

Considering the Stamp Duty Land Tax (SDLT) implications of a residential development is also essential for both developers and promoters. New rules introduced by the Government in 2004 mean that developers must pay an SDLT charge, even if the land is sold directly by the landowner to the end buyer. In this scenario, the developer is deemed to have acquired the land – a separate acquisition to the end buyer – and so is required to file an SDLT return if the chargeable consideration is £40,000 or over.

In order to make informed and clear decisions about whether to let or sell housing units, developers need to ensure they have a solid understanding of HMRC’s guidance. In the coming months, finding the right professional support will help them to achieve this, while also optimising their tax position. 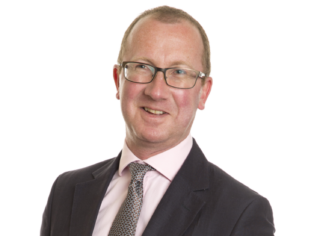