The CIL: Nothing is more (UN)certain than taxes

As the famous saying goes “Nothing is certain, except death and taxes”. For housebuilders and developers, development taxes (in all their forms) have been, for a long time, an inescapable fact. Unfortunately, certainty regarding the extent of these charges is the one thing that’s conspicuous by its absence.

Few would argue that, in recent decades, the demands for developer contributions have crept steadily upwards – this is particularly the case as the pressure to provide affordable housing has grown. The Federation of Master Builders (FMB) has long expressed concerns about the level of expectation for funding which is placed on these contributions. In particular, we have pointed to the impact this has been having on the economic viability of smaller- scale development.

The reality is that we probably have to recognise that some form of developer contributions will always be a ‘fact of life’. The way that our planning system works to massively increase land values by the granting of planning permission, means that there will always be overriding pressure for the Government to claim back some of this gain for the provision of social goods (e.g. affordable housing, schools, infrastructure). In theory, it should be land prices not builders’ margins that take the brunt of it, though as we know it doesn’t always work like that. The question is, what is fair and how is this best raised and administered?

The set of policies we currently have is a rather strange hybrid in which the older Section 106 (S106) – which is negotiated on a site-by-site basis – sits awkwardly alongside the newer Community Infrastructure Levy (CIL) – a general levy set on a per metre square basis across a planning authority, although different rates may be applied according to areas or uses.

The set of policies we currently have is a rather strange hybrid in which the older Section 106 (S106) – which is negotiated on a site-by-site basis – sits awkwardly alongside the newer Community Infrastructure Levy (CIL) – a general levy set on a per metre square basis across a planning authority, although different rates may be applied according to areas or uses.

The FMB argued successfully that the introduction of CIL and the gradual extension of S106 demands to even the very smallest of sites was reducing the number of small sites coming forward, and making the economics of small scale development increasingly difficult. The Government listened and introduced the 10 unit threshold for affordable housing and pooled S106 contributions. Although there is still unhelpful ambiguity around this policy, we believe the change in policy will make a significant difference in terms of tilting the balance back in favour of small scale development and enticing more SMEs into the market. For those building below this threshold, CIL should now be less of a problem.

Generally though, there has been widespread dissatisfaction with how CIL works. The Levy was supposed to provide developers with certainty and transparency and be easy to administer. In reality, the administration of CIL has been complex and bureaucratic. The intersection with S106 and pooling restrictions is murky and has given rise to numerous complications, particularly on large sites, while none of the uncertainty and delay associated with S106 agreements has disappeared.

So, it was not too much of a surprise when in November 2015 the Government set up a ‘CIL Review’ panel. However, the Review’s findings were not released until the publication of the Housing White Paper in February of this year. Even then, the White Paper simply said that the Government would examine options for reforming developer contributions and will respond at the 2017 Autumn Budget.

In a nutshell, the CIL Review recommended a new system in which general infrastructure needs are met through a low level ‘local infrastructure tariff’ (LIT) applied to all development with few, if any, exceptions. The Review suggests a square metre charge based on the calculation of between 1.75 per cent and 2.5 per cent of the sale price for a standardised 100 square metre three bedroom home, divided by 100. For sites above 10 units only, it recommended that local authorities be allowed to negotiate additional S106 agreements to fund infrastructure made necessary by that development. This is in line with the wishes of volume housebuilders that wanted greater flexibility around infrastructure provision on larger sites. The Government is now in the process of thinking through its response.

The FMB is broadly supportive of the recommendations of the CIL Review. We strongly support the retention of a threshold for S106 demands. If the tariff still payable on those smaller sites is set at a relatively low level, it should not remove too many sites from viability. We are strongly urging the Government to make this tariff payable at the point of sale or at the point of completion to ease the cashflow problems that many smaller building firms face.

The arguments made in favour of S106-type arrangements for the largest sites make sense, but there are some tough questions to ask about those smaller sites still above the 10 unit threshold. Here, further standardisation and simplification of S106, as urged by the Review, would be welcome, but we really need to concentrate on affordable housing contributions. Government needs to recognise the increasing difficulties (for both the developer and housing provider) of providing a very small number of affordable units on quite small sites and move towards a more rationalised system with greater use of commuted sums.

While we accept that death and taxes may be as inevitable as they ever were, development taxes shouldn’t be as dysfunctional as they are currently. 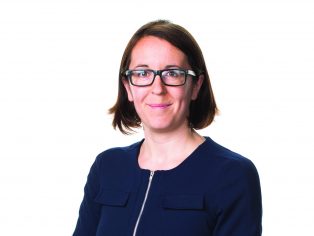