The Image Works celebrates 30 years of VEKA in the UK

Lancashire-based marketing agency, The Image Works Ltd. has revisited three decades’ work for one of its longest-standing clients, The VEKA UK Group as the German-owned company celebrates 30 years of UK manufacturing.

“The company set up in Burnley in 1986, near to our former studio in Colne. They had just four extrusion lines then, but their international pedigree and UK aspirations were clear. Needless to say, we were keen to work with them from the outset!”

“Within ten years of UK production starting, the Burnley plant was turning out 11k tons per annum – amazing considering just 1,748 tons were produced in 1986!”

“In the early days, VEKA worked with a number of agencies – some national – to establish itself as the ‘go-to’ name for PVC-U systems in the UK. Our versatility allowed us to prove ourselves, firstly with a series of ‘one-off’ brochure designs, advertising concepts, and so on; steadily becoming responsible for more and more project briefs. We oversaw the original Matrix 70 campaign – the company’s most significant product launch at the time – helping it to become the industry standard that it remains today.”

1993 saw VEKA announce PLC status, reflecting its early successes and its ongoing commitment to manufacturing here. Where VEKA’s marketing had hitherto targeted only trade customers, its tenth UK anniversary saw the advent of Network VEKA – a pioneering installer support organisation, with a manifesto to redress the lack of public trust in home improvement companies.

“The ’80s and early ’90s saw PVC-U systems become the new ‘must-have’ addition to the home, but unscrupulous traders had tarnished the industry’s reputation. We’re thrilled to have worked with Network VEKA since its inception, boosting and maintaining its reputation for quality and ethics. From 20 founder companies, its membership now totals around 140, and few would dispute its position as the original and most respected organisation of its kind.

“We introduced the online portal that allows Network VEKA members to add their branding and details to a suite of professionally designed marketing materials, and similar facilities have been introduced to all customers of what is now The VEKA UK Group. That includes VEKA and Halo Approved Installers and Fabricators – the Group’s second tier of installer support – that we helped launch to an unprecedented take-up, with more than 400 companies joining in its first year!

“The variety of ways in which we’ve supported The VEKA UK Group is testament to our all-embracing approach to marketing. Many in the glazing industry will recall our Elephant and Dog ads for VEKA’s Fabmatch offering, and the current #JustTheFACTS message, emphasising the sheer magnitude of the Group’s achievements here. But advertising is just one string to our bow.

“From web to copywriting, photography to display, and PR to print, we offer the full gamut of services in-house, saving clients time and money. VEKA is the leading PVC-U systems provider in the UK, Europe and around the world, and we’re extremely proud to have played a part in that success. Long may our relationship continue!” 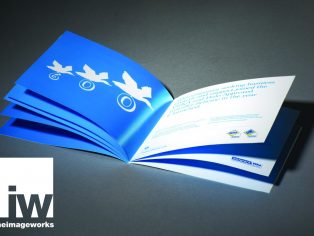 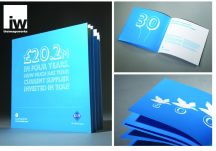