After the shock election announcement, Brian Berry looks at what the next Government’s construction priorities need to be

Even by the standards of the time, Theresa May’s announcement that there was to be a general election was an extraordinary development, one that has left little time for our industry to react. Typically, elections are clearly signposted months, if not years, in advance, giving plenty of time for different industry groups to lobby and persuade as the various party manifestos are drafted. This being the first snap election since 1974, there are few with first-hand experience of how to get their voices heard when the time between an election being announced and polling day is so short.

As much as it will be framed as such, the election should not be seen as being simply a second referendum on Brexit. The pressures on infrastructure, the economy and housing, are simply too significant for the major parties to make their pitch solely on how they would take the UK out of the European Union.

How these issues can be addressed will nevertheless intersect with Brexit in a number of significant ways. First and foremost, the skills question will be on the mind of construction companies large and small. As I touched upon in my last article, EU labour has become vital in plugging skills gaps that are a real danger to the health of the housebuilding industry. In London alone, there are more than 157,000 non-UK construction workers, constituting almost half of the industry’s workforce in the capital.

With the rights of those already resident still not guaranteed, and the prospect of a vital supply of labour being squeezed as a new, more restrictive immigration system is introduced, there will be many anxious bosses out there wondering where the workers will be coming from in the future. When you consider how severe the skills crisis is currently with freedom of movement – the FMB’s latest State of Trade Survey showed that 60 per cent of construction SMEs are struggling to recruit bricklayers and 58 per cent of firms are struggling to hire carpenters – then the consequences of the industry being cut off from the current supply of skilled foreign workers have to be a concern.

It’s this prospect that has led to the FMB calling on the next Government to commit to a flexible system of immigration that allows key strategic industries, such as construction, to draw upon adequate levels of skilled labour from the EU and beyond. Moreover, we believe it’s crucial that this system works in such a way as to allow SMEs to recruit foreign labour in a way that isn’t overly bureaucratic or obtrusive. One of the big concerns we have is that the immigration system the next Government ends up introducing may well make provision for skilled construction workers to come into the UK, but in such a way as to effectively prevent SMEs, who tend not to have the capacity to deal with masses of paperwork, from being able to access non-UK labour.

Of course, there is plenty more we’ll be calling on the next Government to deliver. The goal of reinvigorating the SME housebuilding sector is far from achieved and whoever wins the election must build on the promise of the recent Housing White Paper. However, a house building strategy without a workforce there to enact it will be very much putting the cart before the horse. 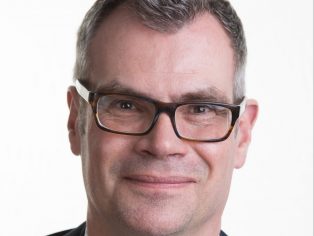