In his first instalment of a series of exclusive monthly columns for HBD, the chief executive of the Federation of Master Builders Brian Berry gives his views on the current agenda as it affects the small and medium end of the housebuilding industry.

Recently, the Federation of Master Builders (FMB) celebrated its 75th anniversary, having been founded in 1941 amidst the rubble of the London Blitz to give a voice to those small builders unable to secure council contracts to repair the war damage. Since those dark days we’ve grown to become the largest trade association in the construction sector, representing over 8,000 small and medium-sized (SME) construction firms all across the UK.

Within our membership, nearly half of the businesses build new homes, giving us a truly unique perspective on the house building sector. From Scottish contractors specialising in bespoke self-builds, to multi-site developers in the Midlands, we represent all kinds of housebuilders from all parts of the UK. In my monthly column for Housebuilder and Developer I’ll be giving you my perspective on what challenges are facing SME house builders on the ground.

We hosted our anniversary reception at the House of Lords on 12th July to celebrate our 75th birthday and were lucky enough to have both the then Secretary of State for Communities and Local Government, the Rt Hon Greg Clark MP, and the Shadow Chancellor John McDonnell MP, speak at the event.

It was an honour to have such high profile politicians express their support for the FMB. What really struck me was the recognition we have at the very highest levels and from across political spectrum – furthermore, the Government and Opposition clearly recognise that SME construction firms are absolutely crucial to the economy.

Indeed, Greg Clark was unequivocal in his support for SME house builders, stating that:

“Whether it’s on land, on skills, on planning – our shared ambition must be to create the conditions for small and medium-sized businesses to prosper.”

With such bi-partisan support in place hopefully real progress can be made to empower more small developers. After all, every industry needs competition to bring about new thinking and new ways of doing things.

Whether it’s delivery models, construction methods, use of building materials or aesthetics, SME home builders are among the most innovative in the country. They are flexible, capable of building on infill sites that are of little interest to larger contractors, and endlessly creative – forever finding ways of building in an economic and regulatory environment that’s not particularly accommodating to them.

Without these new entrants, the dominant players can become complacent and innovation is hobbled. Unfortunately, we’re in danger of approaching this state in the UK. The huge drop off of SME housebuilders, estimated to be as much as 50 per cent since 2007, has damaged the country’s capacity to deliver enough new homes, and to deliver them at the required pace. Small local builders once built two thirds of new homes in the UK – this has been reduced to a mere quarter. We urgently need to reverse this trend if we are to meet the overall demand for new homes.

Unfortunately in the current climate it’s all too difficult for smaller firms to break through. If you were to ask many of the bosses of housebuilders at the bigger end of the food chain, they would likely concede that they’d struggle to get a foothold in the market if they were starting out today. New entrants are faced with an intimidating assortment of barriers, from a lack of small sites to a sclerotic planning system, and a banking sector that all too often refuses to extend the finance necessary for new businesses to expand.

Throw in a huge skills shortage and the steadily rising costs of materials, and it’s easy to understand why, despite a huge amount of pent up demand for housing in this country, the local firms capable of delivering what’s required are struggling to do so. Readers will know better than anyone that though things have improved, they haven’t improved enough.

While the outcome of the EU referendum will undoubtedly impact upon our sector in the coming years, the country is still in desperate need of new homes – this is as true today as it was pre-Brexit. To address this, we need an SME house building renaissance. I look forward to sharing my thoughts with you – and those of our members – in the coming months on how we might achieve this. 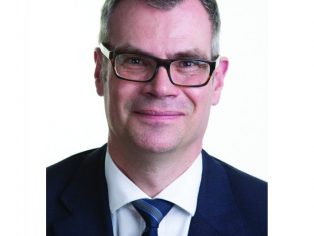