Housebuilding has proved the most buoyant sector of the UK construction industry for the past five years; indeed, only housebuilding has demonstrated consistently high levels of growth since the economic recovery began in 2012. The UK’s chronic housing shortage has ensured that demand for new homes remains strong.

In October 2016, in order to speed things up and help meet demand, the government launched a £3bn “home-building fund” – a loans programme to encourage more small to medium sized builders to focus on housebuilding. Then, in March 2018, Chancellor Philip Hammond confirmed in his Spring Statement an investment programme of “at least £44bn” over the next five years to put the UK “on track to raise the supply of homes to 300,000 a year on average by the mid-2020s”.

The government, said Mr Hammond, was “working with 44 areas on their bids into the £4.1bn Housing Infrastructure Fund” and would double the Housing Growth Partnership – a source of venture capital for small and medium-sized builders – to £220m.

This enhanced public sector spending is good news for the smaller housebuilders that the government has said it wants to help. Yet, it is also very good news for the timber frame industry which is well placed to benefit from any boost in housebuilding activity.

In 2016, Gavin Barwell, then minister of state for housing, announced that the government saw off-site construction as a key route to increasing building capacity – and according to the Structural Timber Association, up to 90 per cent of all off-site systems are now timber frame.

In 2015, a report from MTW Research using data from 80 per cent of the timber frame market in the UK, found that the sector was growing at a faster rate than the UK economy. This year, it is expected to account for more than 27 per cent of new UK housing.

That figure was surpassed in 2016, according to the STA’s Timber Trends Report which records double-digit growth with starts estimated at around 56,000 timber frame homes. This was the best performing year for timber frame since data began to be collected in 2002.

The growth of timber frame is gradually changing long-established practices within housebuilding as the construction industry slowly but surely embraces the idea of off-site manufacture. This slow and cautious approach is due mainly to the fact that offsite manufacture means a huge reduction in the site-based activities that define a traditional building firm.

The potential benefits, however, are numerous. The reduction in on-site activity means that, once the building’s foundations are installed, erection of the main structure follows very quickly – typically taking only two or three days to complete. New timber-framed homes can therefore be brought to market at a much faster rate than is possible with traditional brick-and-block.

This also has the effect of extending the building season, which, traditionally, slows significantly during the winter period. Housebuilders can therefore be more productive throughout the year if they build with timber frame.

After land prices, the two biggest cost factors in housebuilding are time and labour. Timber frame scores significantly on both counts since off-site manufacture reduces not only the erection time on site but also the amount of traditional building skills required. The factory processes employed in the manufacture of timber frame cassettes can be largely automated, unlike traditional site-based building trades.

Currently around 60 per cent of new homes are built by just 10 companies and, despite the obvious advantages of timber frame, most are still geared up to build traditional brick-and-block houses. Smaller builders, with their shorter supply-chains, are more flexible and it is expected that a good proportion of the government’s promised £44bn will stimulate the use of modern timber-based off-site techniques over the coming five years.

The NHBC has reported that so far in 2018, new home registrations are the second higher in a decade (http://www.nhbc.co.uk/media-centre/articles/statistics/Q1-Stats-2018/). With a worsening shortage of site skills and rising materials prices resulting from the falling value of the pound, the larger housebuilders are also likely to look more closely at timber frame.

Structural timber technology addresses many government concerns associated with the procurement of housing – including environmental impact and energy efficiency, as well as speed of construction and cost. The materials that go into a timber frame system are generally more sustainable and more energy efficient than traditional masonry.

For example, Norbord’s own oriented strand board, SterlingOSB, one of the most widely-used components of UK timber frame systems, is manufactured in Scotland from home-grown forest ‘thinnings’ (slender, immature trees harvested as part of sustainable forest management). Manufactured using renewable heat from on-site biomass boilers, SterlingOSB is a sustainable, low-energy product with excellent physical performance characteristics. OSB is an essential component of all timber framed panel systems and a major contributor to their growing popularity.

The benefits of these systems, being comparably lower energy intensive and emission producing in their manufacture and possessing greater thermal efficiency in their use, is helping to support their specification in the timber frame market.

Market forces, and government efforts to speed-up the development of new homes, are driving change within the housebuilding industry. Speed and efficiency favours off-site; off-site favours timber frame. The result is less reliance on traditional site-based trades and a gradual re-shaping of the housebuilding sector. 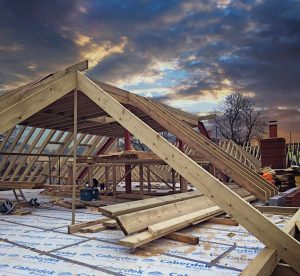 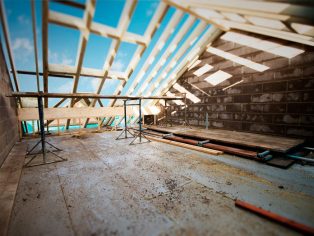