David Connacher of Norbord explores the recent developments in the housebuilding industry that are providing sustained momentum in the timber frame construction market.

Housebuilding has proved to be the most buoyant sector of the UK construction industry in the last five years, its rate of growth only recently being overtaken by the infrastructure sector.

Even now, demand is so strong that housebuilders are unable to meet requirements, and the time-lag between starts and completions has prevented any acceleration in supply.

Last October, in order to speed things up, the Government launched a £3bn Home Building Fund – a loans programme to encourage more small to medium sized builders to focus on housebuilding.

Shortly afterwards, when he held the role of housing secretary, Gavin Barwell announced that the Government sees offsite construction as a key route to increasing building capacity. In combination with the Home Building Fund, this looks certain to benefit the timber frame industry since, according to the Structural Timber Association (STA), up to 90 per cent of all offsite systems are timber frame.

In 2015, a report from MTW Research using data from 80 per cent of the timber frame market in the UK, found that the sector was growing at a faster rate than the UK economy. This year, it is expected to account for more than 27 per cent of new UK housing.

In 2014, there were 48,000 housing starts using timber frame – fast approaching the pre-recessionary peak of 51,000 in 2008. That figure was surpassed in 2016, according to the STA’s Timber Trends Report, which records double-digit growth with starts estimated at around 56,000 timber frame homes. This was the best performing year for timber frame since data began to be collected in 2002.

Currently around 60 per cent of new homes are built by just 10 companies, most of which are geared up to build traditional brick-and-block houses. Smaller builders are more flexible, and it is expected that the Government’s Home Building Fund will stimulate the use of modern timber-based off-site techniques.

Total housing starts are predicted to top 200,000 by 2018, says the STA. With a worsening shortage of site skills, and rising materials prices resulting from the falling value of the pound, the larger housebuilders are also likely to look more closely at timber frame.

Structural timber technology addresses many government concerns associated with the public procurement of housing. These include the speed of construction, environmental impact, energy efficiency and cost. The materials that go into a timber frame system are generally cheaper, more sustainable and more energy efficient than traditional masonry.

The benefits of these systems – being comparably less energy intensive and producing less emissions in the manufacturing process, while possessing greater thermal efficiency in their use – all help to support the system’s specification in the timber frame market.

David Connacher is brand and communications manager at Norbord 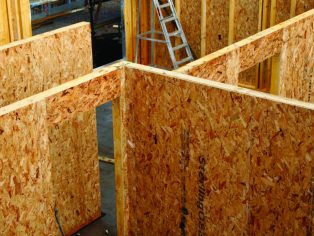 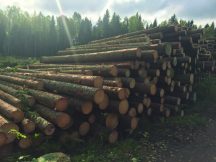