As pressure mounts to deliver a dramatic increase in housebuilding across the UK, the rapid regeneration of brownfield land is becoming increasingly important. Discovering the presence of Japanese knotweed can send developers into a cold sweat, but treatment methods have changed dramatically over recent years and it doesn’t need to spell disaster with long and costly delays on site.

Number one on the Environment Agency’s list of the UK’s most invasive plant species, Japanese knotweed is described as “indisputably the UK’s most aggressive, destructive and invasive plant”, costing an estimated £166 million each year to treat. It was brought to the UK in the mid-nineteenth century by German-born botanist Phillipp von Siebold and delivered to Kew Gardens in a box of 40 Chinese and Japanese plant varieties. It spread rapidly across the UK as keen gardeners obliviously shared cuttings and disposed of garden waste and can now be found all over the UK on brownfield sites, highways, railways, canals, rivers, gardens, parks and even graveyards.

An extremely resilient plant thanks to large energy stores in its root system, Japanese knotweed is very difficult to kill when fully grown. The source of its resilience lies in its native habitat. It was dug up from volcanic ash near Nagaski, where it thrived amid lava and poisonous gases thanks to its extensive network of underground stems, or rhizomes, that were able to suck up the limited nutrients.

Interestingly, Japanese knotweed is not a problem in Japan where it has natural enemies in the form of bugs and fungi, but here in the UK it is unfortunately predator free. Dealing with the invasive intruder If knotweed is discovered on a site, it needs to be remediated within an enabling works contract, or very early in the build process. When the remediation is not properly planned and executed, there is a risk of lengthy delays, contractual dispute and further knotweed spread, so it’s a false economy to cut corners when dealing with it.

Herbicides can be applied over a period of two to three years, which will achieve an element of control, but without digging up all the infested soil, there is no way of knowing for certain that all the rhizome is dead. Also, disturbing ground containing knotweed rhizome is the catalyst for new growth. Therefore, the need to deal with the problem quickly and the fact that on construction sites the ground will be disturbed, herbicide treatment is seldom the answer for developers.

Alternatively, infested soil can be physically excavated, with all materials consigned off site to an authorised landfill site. Named the “dig and dump” method, it’s not particularly sophisticated and is referred to by the Environment Agency as the “method of last resort”. It also results in significant haulage and landfill costs. A better, eco-innovative solution, which is used extensively on development sites, is to separate the knotweed rhizome from the soil on site, thereby avoiding the huge environmental and financial costs of consigning vast quantities of otherwise good soil to landfill and importing clean fill. It can be completed in a matter of days, costs about half of the ‘dig and dump’ method, produces zero waste and is environmentally friendly. Clients can also benefit from it being an on-site remediation method, being eligible for Land Remediation Tax Relief.

For any brownfield residential development it is essential that the knotweed specialist is able to provide insurance backed guarantees acceptable to the banks and building societies. Prior to 2012, guarantees were simply offered by individual companies, but during the credit crunch two notable knotweed specialists ceased trading, rendering their guarantees useless overnight. The banks and building societies responded by making it a condition of their lending that guarantees were insurance backed to protect the lender and the homeowner.

Developers should also be aware of their legal responsibilities around preventing the spreading of knotweed onto neighbouring land. In February 2017 judgement was passed against Network Rail for allowing Japanese knotweed to grow on their land, thereby causing actionable nuisance to adjoining property owners. Network Rail was ordered to pay not only for the treatment but, more interestingly, for diminution, the reduction in property value resulting from the knotweed. Hailed as a landmark case, it has very significant ramifications for owners of land affected by knotweed and makes it even more imperative to tackle it correctly, particularly in a development context. 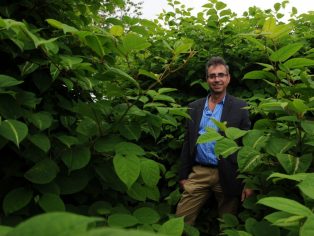 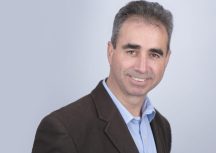