VAT: How new is your new build?

As construction works are generally subject to VAT payable at 20 per cent, the zero-rating applicable to new builds can have a significant impact on the margins achieved by residential developers, for developments where VAT on costs is not reclaimable.

However, recent case law has emphasised how a seemingly minor element of construction for new dwellings can impact the VAT position and, therefore, the overall profitability or cash flows of the project. It is also important for building contractors to apply the correct rate of VAT to their services when involved in residential developments, in order to avoid unexpected VAT demands from HMRC. It is essential that building contractors and developers are aware of how these decisions may affect them if there is any question about whether the residential development can be classed as “new” for VAT purposes or not.

Whereas budgets for commercial developments must normally take into consideration VAT payable at 20 per cent, construction of new dwellings is currently zero-rated, which is particularly good news for developers working on large-scale residential developments in situations where VAT is not reclaimable. Where construction is taking place on a plot of undeveloped land, this rule is relatively straightforward to apply. However, when redeveloping existing sites things can get more complicated. For various reasons, such as to keep costs down or comply with the terms of planning permission, developers may decide to incorporate part of an existing structure into the new structure’s design. VAT legislation states that an existing building must be completely demolished to ground level in order for it to qualify as a “new build”, albeit the retention of a single or double facade can be ignored, if it is retained as a condition or requirement of the planning permission. This is commonly referred to as the ‘demolition test’. Such situations can cause confusion for contractors and developers when it comes to determining their VAT position.

The recent decision in the case of HMRC v J3 Building Solutions offers some clarity in this area. Specifically, the ruling highlights how planning ahead and making small changes in the early stages of a project could help to minimise a developer’s VAT liability. The building works in this case involved the substantial, but not entire, demolition of an existing building, with the new building retaining two exterior walls and part of a third exterior wall.

VAT legislation states that zero-rating relief on the construction of new dwellings does not apply to the conversion, reconstruction or alteration of existing buildings. Similarly, it does not apply to the enlargement or extension of an existing building unless this leads to the creation of an additional dwelling or dwellings. In this case, as the existing building had not been demolished to ground level and incorporated more than a double facade, it was determined that the building that was constructed could not be classed as ‘new’ and therefore should not quality for a zero VAT-rating. As such, the Upper Tribunal overturned the earlier decision of the First Tier Tribunal, which had concluded that, as a matter of fact, degree and impression, a new dwelling has been constructed for VAT purposes, despite the demolition test not being satisfied.

The ruling in this case presents developers with a paradox. While including elements of an existing building into a new development may be perceived as a key part of a project’s cost reduction strategy, developers may find they are in a better VAT position if they start from scratch. However, as it is possible for developments incorporating elements of existing buildings to be zero-rated for VAT, if planning permission has been granted which requires the retention of building facades, it is important that developers evaluate their VAT position carefully at the outset, on a case-by-case basis.

The similar cases of HMRC v Languard New Homes and HMRC v DD & DM MacPherson, which were heard together, also provide developers with clarity regarding the VAT rating of converted properties. Both cases involved a building with commercial use on the ground floor – a former pub and an old village shop respectively – with the first and second floors being used for accommodation. In the case involving Languard New Homes, the building was converted vertically so that the ground and first floor comprised two maisonettes.

Similarly, in the case involving DM MacPherson, before its conversion the old village shop had been used for office space and storage on the ground floor and living accommodation on the ground and first floors. The building was then converted into two semi-detached dwellings, each of which included areas which had previously been used as living accommodation as well as commercial areas.

The issue in both cases was whether the conversion works resulted in entirely ‘new’ dwellings, the sale of which would qualify for zero rate VAT, or whether the sales would be VAT exempt. The important difference being that a developer can only reclaim VAT incurred on costs if a zero-rated sale is made. As both new developments included both residential and commercial elements, the Upper Tribunal ruled that they did not qualify for a zero VAT rating.

With tough conditions for the hospitality and leisure sector currently causing high numbers of pub closures, it is vital that residential developers taking advantage of such redevelopment opportunities are aware of the VAT implications for converting different types of properties. For example, had the developer converted the building horizontally rather than vertically, zero rating could have been achieved on those dwellings converted entirely from the existing non-residential parts of the building.

Questions around zero-VAT ratings for new builds have long been confusing for residential contractors and developers and recent case law has been decided in HMRC’s favour. Developers and contractors should also bear in mind that these recent case law decisions are not set in stone and could be appealed. However, with careful consideration and planning, developers can avoid potentially costly mistakes and make sure their profits are optimised. 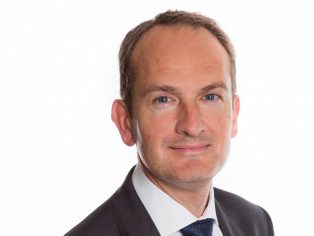