According to a report recently published by New London Architecture (NLA), 2019 is set to be ‘The Year of the Tall Building’ in London, with a total of 541 towers of at least 20 floors now planned to be built in the capital, and construction already underway on more than a fifth of this number.  These buildings, the NLA report says, will provide up to 110,000 new homes in London in the coming years.

Building up, rather than out, has long been a call from those realistic enough to accept the limits of what can be achieved in terms of constructing new homes in London.  Brownfield space is either running out, or impractical to build on, while opening up greenfield for development has long been a no-go area for politicians.

Building taller has also been a key aspect of London’s response to housing provisions since the changes to planning rules brought about under Ken Livingstone’s time as Mayor.  Indeed, this was a timely reaction given that London’s population was growing rapidly at the time.  This rate of growth has since accelerated further.  London’s population has now grown by a third since the mid 1980s – further exacerbating housing pressures – and while development at all scales is necessary to meet these requirements, the pipeline of taller buildings currently planned will contribute almost two years’ worth of London’s entire need for housing.

Furthermore, until this most recent report by the NLA, the majority of high-rise development had been concentrated in inner London areas.  Central London still dominates, but things are starting to change: the report shows that while 366 of the planned towers are in inner London, 175 are in outer London – up 3% on the previous year.

In total, 22 out of the 32 London boroughs now have tall buildings under construction, including – for the first time – Camden, Barnet and Hounslow. Greenwich (69) and Tower Hamlets (84) have the most skyscrapers in the pipeline, while Ealing will see a 1,100% increase – from just two currently to 26.  Pell Frischmann alone, for example, have some 17 tall buildings on our books with one in Ealing, one in Hackney, ten in Southwark, two in Camden, two in Greenwich and two in Wandsworth.

This shift in developments in outer boroughs, albeit gradual, is encouraging news for those Londoners seeking to get a foot on the housing ladder. The concentration of development in central areas has meant that most of these towers have fallen into the luxury development bracket, pricing out those who most need accommodation. The shift in location brings accommodation at a more realistic price point for many Londoners.  Brick by Brick in Croydon, for instance, are developing 2000 units across the borough with 50% set at as affordable homes.

Delivering homes to market has often lagged behind due to funding and construction timeframes, but is now set to grow at pace.  Indeed, the uplift in the rate of completions means that 2019 is set to deliver as many homes as the previous six years combined.

It means that, for many that are currently priced out of the market, 2019 could be the year that things start looking up because of the trend in building up. 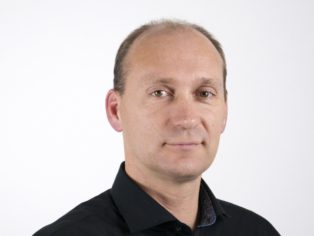