Why we can’t let Brexit overshadow the housing crisis

In light of protracted Brexit negotiations, the property market has taken a backseat, and little has been done in recent months by the government to offer redress to the challenges it faces. Over the coming months, Boris Johnson will therefore face intense scrutiny about his future plans to build more homes, improve transparency within the sector, and help people jump on and move up property ladder.

What housing challenges will the new PM face?

A widely- quoted figure, it is argued that the UK needs to build 300,000 new homes a year to meet the housing needs of the population. But the housing crisis isn’t simply about building more homes; rather, the problem is multifaceted. On a whole, it reflects the current imbalance between supply and demand, but a recent analysis by Sky News suggests that the problem is much more complex.

Of all the challenges currently facing the UK’s regions, access to housing ranked as a common concern. In some areas, the issue lies in a huge volume of homes that are old and in a state of disrepair, rendering them inadequate as accommodation. In other areas, however, the crisis is not only one of supply so much as distribution – too many properties are concentrated in the hands of the few.

Creative measures are clearly warranted, and as Boris Johnson stated in his victory speech, he will make housing a leading reform.

What does the leadership change mean for the UK property market?

During the leadership contest, Boris Johnson feverishly set out plans for addressing some – but certainly not all – of these issues. He was vocal about his ambitions to overhaul the stamp duty system; namely, by switching liability from the house buyer to the seller, and also by scrapping stamp duty on homes worth £500,000 or less.

This comes as welcome news, particularly as this signals his intentions to support owner occupiers and first-time buyers at a time when home ownership rates are declining. The Onward Report in which the plans were published hopes that this move could trigger an increase in the number of housing transactions.

But while the policy has been praised for its progressivism, it has also sparked concerns that it could temporarily stall transactions if prospective homebuyers decide to hold out on their property intentions until this policy has come into effect.

Stamp duty could also be halved for all homes worth over half a million, with the aim of making it easier for older people in larger homes to downsize and make room for growing families. If successful, this reform could encourage better use of housing stock in areas where property is concentrated in the hands of older generations and demand is high.

Elsewhere, Johnson has previously endorsed a proposal from the think tank Policy Exchange to build 15 new “millennial towns” with 30,000 homes each along major commuter transport routes. As part of the plan, towns like Milton Keynes and Bracknell would be rekindled to help meet demand for affordable home ownership beyond the remit of the capital.

The success of these reforms and their overall impact on the property market will naturally be determined by how Brexit plays out, and the impact our withdrawal from the EU will have on the UK economy. However, it is promising to see Boris Johnson putting housing policy at the heart of his plans and demonstrate a willingness to engage with the challenges facing the market.

Of course, we now have to wait until Westminster returns from its summer recess to see whether Boris Johnson’s pledges transform into action.

Jamie Johnson is the CEO of FJP Investment. 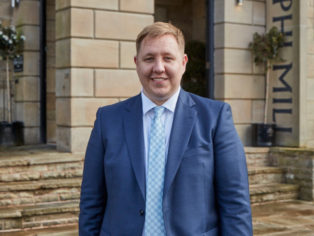