Why Wigan needs more homes with Wi-Fi and greenery

New data from Centre for Cities has shown that the populations of the UK’s urban centres are getting older, with Wigan leading the growth of those aged 65+.

As city populations age, the services available in them also need to mature and develop in order to cater to those populations’ shifting needs. The greatest implications are for health and social care services, but there are also implications for those providing housing.

“Older people have different priorities to young people when it comes to housing. Our recent survey has shown that maintaining independence is a top priority and that those aged 70 and above are increasingly using technology in order to achieve just that.”

For cities and towns like Wigan, smart home technology is perfectly suited to the ageing population. 94% of those aged 70+ who were surveyed by innovative property company Silk Road own a mobile phone. This provides them with the means to control multiple elements of their property at the tap of a screen, from boiling the kettle to turning the heating up.

Smart home technology also allows for peace of mind, with monitoring systems such as fall detection floors set up to alert a carer or relative should a mishap take place. With 78.82% of people listing their health as their main concern as they age, according to the Silk Road data, building such innovations into urban homes ensures that cities’ ageing populations can be catered for with dignity.

Wigan, as the town with the fastest growth rate of those aged 65+, at 3.7%, provides the perfect location to implement the technology that older urbanites need.

In total, 56 UK cities have experienced growth in this age group, according to Centre for Cities. The data highlights the need for housing planners to take this demographic’s needs into account.

As an example, 67.9% of those aged 70 and above find a panic button appealing, while 56.6% would like to use technology that supports those with failing eyesight and/or hearing, such as enhanced alarms on doors/doorbells, smoke detectors and appliances.

With so many smart home advancements reliant on the internet, it is not surprising that fast Wi-Fi/broadband is at the top of the list of requirements for Silk Road’s survey respondents. Next in order of importance were gardens and the availability of local transport services.

“Details like this are invaluable if we are to continue shaping our cities to meet the needs of their future populations. City populations are getting older, so repeatedly building high rise apartment blocks, no matter how attractive they may be, won’t meet the needs of all future residents.

“Planners also need to build in capacity for affordable homes with gardens that are well located for accessing local amenities and transport systems. It’s about building a future for everyone.”

According to Centre for Cities, only seven cities experienced a decline in their number of older residents, compared to the 56 that saw an increase. The need to build homes for older adults, focused on the locations where their numbers are increasing, looks set to become an increasingly important priority for urban planners over the years ahead. 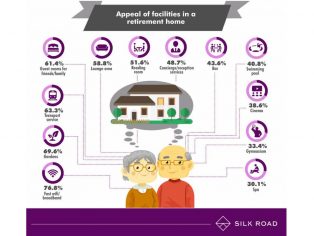 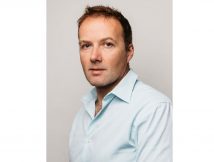